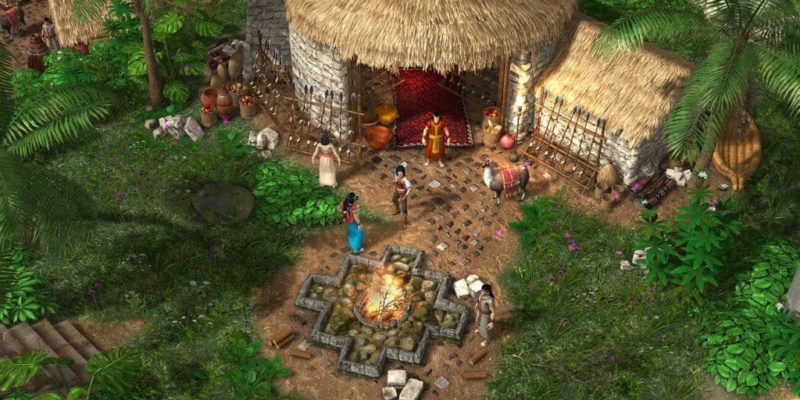 We don’t see nearly enough video games exploring real-world mythology, and when we do, they tend to stick to the more popular tales from the Greek, Roman, and Norse mythos. Well, Aluna: Sentinel of the Shards, a new game coming from N-Fusion Interactive and Digiart Interactive, is diving into the interesting and less-explored Incan mythology. The game will be coming to all major platforms sometime in 2020.

Aluna: Sentinel of the Shards is a new RPG inspired by the combat and loot-grabbing action of the Diablo series, and it stars the comic book heroine Aluna. Aluna is the daughter of both a Spanish Conquistador and a goddess named Pachamama. After escaping Spain to travel to the New World, Aluna discovers that she was originally from this new land. She tasks herself to restore the power of an amulet given to her by her mother, which takes her on a journey all over the New World. All the while, she explores many aspects of Incan mythology. Players will have to defeat enemies and beasts from Incan lore, interact with the pantheon from Incan mythos, and take on quests inspired by the culture’s history.

The character Aluna comes from a series of comics, most recently starring in The World of Aluna. Sentinel of the Shards seems to tell the same tale as the comics, but this time players get to take direct control over the action. Aluna was also featured in Heroes of Newerth, where she was played by the character’s original creator, Paula Garces. Her story and character are meant to show off the interesting Central American culture, which is something we simply don’t see enough of in gaming.

Aluna: Sentinel of the Shards is coming to PC, PlayStation 4, Xbox One, and Nintendo Switch sometime in 2020. If you’d like to see more, check out the announcement trailer. Will you be joining Aluna in her next adventure? Be sure to let us know in the comments below!