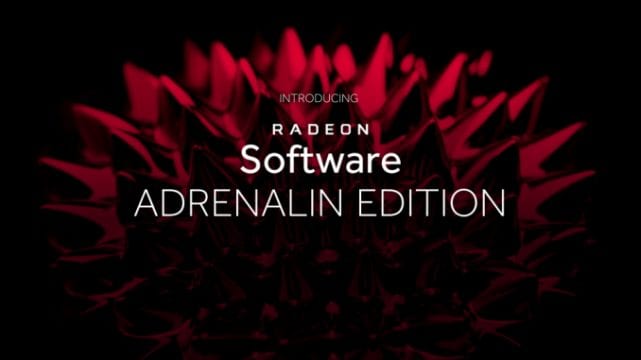 The previously teased AMD Adrenalin driver release is out today, taking the software to version 17.12.1. This is one of the more significant driver updates, and adds a few features (particularly to Radeon’s ReLive video capture tools).

There’s a new Overlay feature, which can bring up a quick way to toggle existing features like ReLive, Radeon Chill, or FreeSync. In addition to that, there’s a Performance Monitor that will show system metrics in DirectX 9, 11, 12, and Vulkan applications. You can log that performance with Adrenalin too.

ReLive now supports the Vulkan API, and supports capture in Borderless Windowed mode. It also gets a ‘Gallery’ tab for management of your recorded ReLive videos, “video trimming” and ways to share on social networks.

The driver fixes in Adrenalin 17.12.1 look very promising too. They claim to have fixed the long-standing problems with Overwatch (it would crash with a “display driver lost” message), and with stuttering Netflix playback. Regarding the latter, however, some AMD users are already saying it isn’t actually fixed for them.

Here are the release notes.

Radeon Chill now has expanded support for most game titles.

OverWatch may experience a random or intermittent hang on some system configurations.
Tom Clancy’s Rainbow Six Siege may experience an application hang when breaching walls with grenades or explosives.
Netflix playback in a browser or via UWP application may experience stutter.
After recording with Radeon ReLive GPU usage and clocks may remain in high states.
Assassin’s Creed: Origins may experience bright or saturated lighting in cave missions.
Mass Effect Andromeda may have issues enabling HDR10 on an HDR capable display.
Forza Horizon 3 may experience corruption on rocks or foliage during gameplay.
Halo Wars 2 may experience a crash on game launch.
Enabling HBCC on Radeon RX Vega in multi GPU system configurations may cause the secondary graphics card to be hidden in Radeon Settings until reboot.
Resizing the Radeon Settings window may cause the UI to restart or hang with HBCC enabled.

Upgrading Radeon Software with Radeon RX Vega series graphics products in multi GPU on X99 chipsets may cause system instability after reboot.
Radeon Settings may experience a hang when enabling AMD CrossFire with three or more graphics products.
Performance Metrics Overlay may hang if enabled when cycling display power off and on.
Trimming videos may fail to create a thumbnail if the video contains non-English characters.
3×1 display configurations may experience instability during Eyefinity creation or during gaming.
The “Reset” function in Radeon Settings for Display, ReLive, and Video may not work as intended when using Radeon Settings in certain regional languages.
Radeon WattMan may intermittently fail to load profiles for Radeon RX Vega on the global Radeon Wattman page.
Rise of the Tomb Raider™ may experience an intermittent application hang during gameplay.
A random system hang may be experienced after extended periods of use on system configurations using 12 GPU’s for compute workloads.
The GPU Workload feature may cause a system hang when switching to Compute while AMD CrossFire is enabled. A workaround is to disable AMD CrossFire before switching the toggle to Compute workloads.