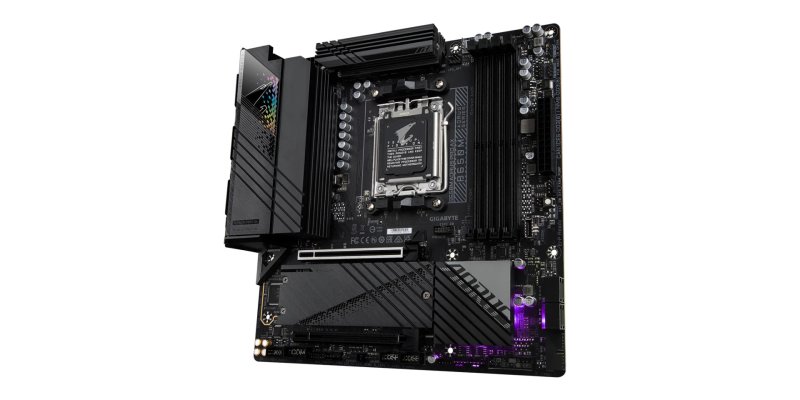 AMD and its motherboard partners revealed more about the B650 and B650E platforms today during the “Meet the Experts” event. You may remember the leak from last week that previewed the board designs, but there wasn’t any info on specs or pricing at that time. All of the usual partners including ASUS, MSI, Gigabyte, and ASRock officially showed off the respective lineups today. Specs were detailed for different models, but pricing has yet to be known.

It’s no secret at this point that AMD’s AM5 platform is pricey if you want to reap the performance of a Ryzen 7000 CPU. You need the processor itself, a compatible cooler with adequate cooling, DDR5 memory, and the new motherboard. Most X670 models revealed thus far have proven pricey, so the hope has been that the B650 platform will provide a cut-down experience that still meets the needs of gamers without all the added costs that professionals and overclockers typically want with high-end platforms.

The main difference you need to know between B650 and B650E is that the latter stands for “Extreme” and comes with a more advanced overall feature set. You can quickly differentiate models by the single letter designation, but the price difference will definitely clue you in as well. It will be up to individual preference which platform is best to buy, but a basic B650 motherboard will do fine for budget builds.

Feature-wise, AMD’s B650 motherboards hit the mark, in part thanks to flexibility. The B650 platform features minimum core specs like a PCIe 4.0 x16 for the primary graphics card slot and at least one PCIe 4.0 x4 slot for an m.2 SSD. However, motherboard manufacturers have a lot of flexibility with how they wish to configure different products. This can scale up to a PCIe 5.0 x16 for the graphics card, paired with a PCIe 5.0 x4 m.2 and PCIe 4.0 x4 m.2 for storage, which you’ll mainly see on B650E models. This leaves room for plenty of different price points to address the needs of different gamers.

We covered in a previous piece what all of this means and how to plan your platform buying decision based on the types of games you want to play. If you mainly play older games or are on a limited budget, B650 will come across as a premium platform. However, the minimum PCIe 4.0 spec will prepare you for years of compatibility with newer tech requirements as games get more demanding and AMD launches future generations of Ryzen CPUs. The company has already committed to supporting AM5 at least up to 2025, so investing in more expensive hardware now has some merit.

B650 comes in many flavors

Just like with the PCIe spec range, there will also be plenty of form factors and configuration options for internal ports to rear inputs and outputs. For instance, AMD states that every ROG Strix, TUF Gaming, and ProArt B650 motherboard offers an onboard high-speed USB 3.2 Gen 2×2 Type-C port. Some models will offer support for DDR5 up to 6600 MT/s. There are even models out there with up to four PCIe 4.0 expansion slots, which was a premium X570 configuration just last gen. The point is that AMD’s approach to its B-Series motherboards is far more flexible this time around and most gamers won’t need to compromise with purchasing it instead of X670. The aesthetic style also looks high-end across a variety of models to give your new build a flashy look.

Pricing is the only thing that remains in serious question at this point, because the price hike for X670 was substantial on some models. The longtime draw of AMD’s B-Series motherboards was the overall value that made it great for getting decent features at attractive prices. All of this will of course change in time as old stock of previous-gen products clear out with manufacturers, but B650 could be hard to recommend if initial pricing is too inflated. Now that B650 motherboards have launched from all major manufacturers, we should see retail availability ramp up throughout the month.