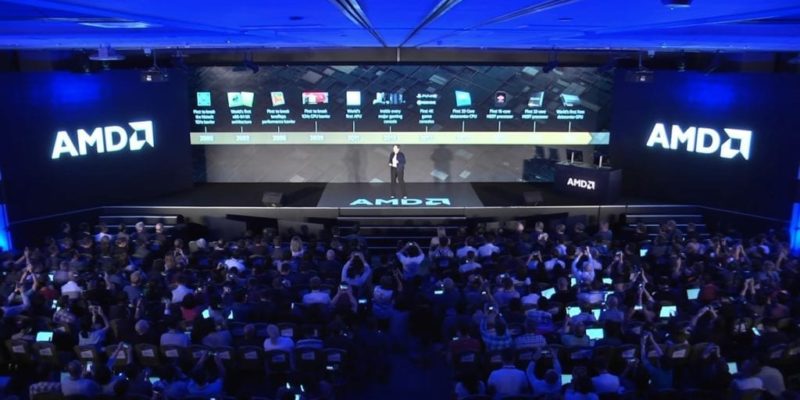 During its showcase at Computex recently, AMD revealed its upcoming lineup of next-gen GPUs. The company revealed the Navi GPU, hereby known as the Radeon 5000 series. AMD also showed off its 3rd generation Ryzen CPU chips before stepping on Intel’s toes a bit.

The Radeon 5000 series is the next step for the company. The cards are named for AMD’s 50-year anniversary and will sport its Radeon DNA microarchitecture, separating them from the architecture of prior GPUs. Unfortunately, we don’t know much else about the cards at the moment. The company will provide more information leading up to their launch this July.

AMD did demonstrate the card’s power by matching it up to the Nvidia RTX 2070, though, showing a 10% power increase. Knowing AMD’s penchant for cheaper Nvidia alternatives, it’s certainly plausible that we can see a card rivaling some of Nvidia’s best without the Nvidia price tag. 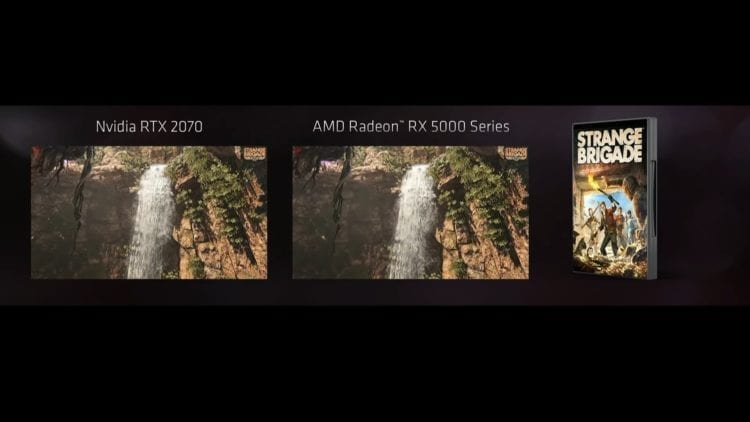 The next Ryzen is rising

The company also showed off its 3rd generation Ryzen CPUs at the showcase. AMD’s Ryzen 7 3700X, an 8-core and 16-thread processor, will run at a 3.65Ghz base clock, but users can boost it to 4.4Ghz. And, unlike some of the cards in Nvidia’s next-gen lineup, the AMD equivalent runs far cooler. As another stick in the eye, AMD said the Ryzen 7 can run a third faster than the Intel Core i7 9700K, which is not a slouch as far as CPUs are concerned. The card will launch for $329 on July 7 this year, along with its other brethren:

Of course, it wouldn’t be a hardware war without an old-fashioned spitting match. AMD stepped on Intel’s toes during the presentation while showing off its upcoming server CPUs. AMD pitted two 64-core AMD EPYC (Rome) processors against two 28-core Intel Xeon Platinum 8280 (Cascade Lake) parts in a demonstration video. I’m sure a lot can be said about comparing a processor against another with around half the cores. Regardless, AMD sent the message it wanted, showing about twice the performance over its rival.

Intel, however, was not about to back away from a challenge. The company replied to a response by Wccftech, saying that AMD “was not using the correct NAMD optimizations during the Computex 2019 demo, which is to be expected considering it is a first party benchmark designed to showcase something in the best light possible and you should always take first party benches with a grain of salt.”

Additionally, Intel provided a counter video highlighting a more powerful processor. The intention, of course, is to narrow the gap of power between the two processors. In the video, Intel uses two 48-Core Xeon Platinum 9242 chips against two 64-core AMD EPYC parts. The video shows that both are nearly equivalent, with Intel gaining a slight edge over the AMD chips.

Regardless of which side you choose, AMD made it clear that it can still match its rivals. Not only that, but it can do so while hitting Intel customers where it hurts most: their wallets. Intel provided a quick response to AMD today, but we’re betting it will make a bigger one sometime soon.