It’s hard to put faith in a company that’s down and nearly out, but AMD’s Zen promise has turned out to be true. Since Lisa Su took over the reins as company CEO back in 2014, AMD has delivered respectable year-over-year performance improvements for its Zen-based CPUs. Now AMD is nearly ready to launch its highly anticipated Ryzen 5000 Series, which makes the news of its growing market share all the more sweet.

According to the results gathered by the Mercury Research Group (first reported by Tom’s Hardware), AMD now boasts 13 consecutive quarters of growing market share and has achieved its highest overall market share since 2007. In the desktop PC sector specifically, it’s a personal best since 2013. For the client x86 market, AMD is back at Q2 2011 levels.

Making sense of the stats

Now at first thought, a return to prominence doesn’t sound too great. It sounds more like making up for past failures. That is partly true, but the company is also well on its way to breaking records. When it comes to personal computers, individuals are more willing to switch things up based upon raw performance. Businesses, particularly data centers, are far less willing to take risks. However, Intel’s lack of progress in bolstering performance plus growing scrutiny over security vulnerabilities are changing things in that sector, too. It means more and more consumers and businesses are turning to AMD as it continues to show off its ability to innovate in 2020. 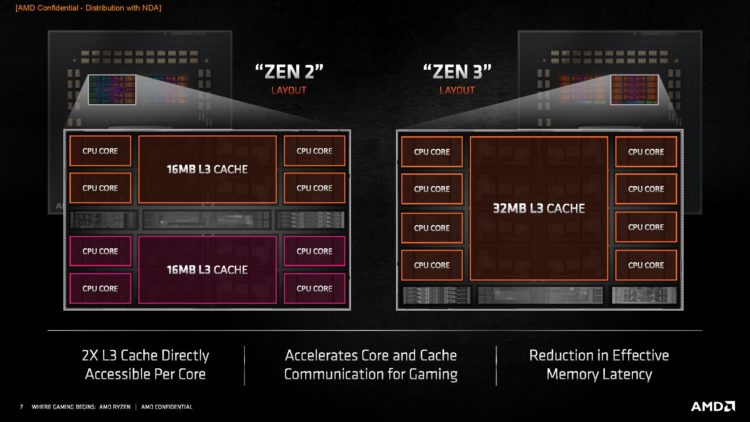 The new Zen 3 architecture offers a single L3 cache over Zen 2. This means the system latency debate for gaming performance is largely squashed with Ryzen 5000 CPUs.

We’ve also seen in Steam Hardware surveys that more and more gamers are moving to AMD platforms. The Ryzen 3000 Series showed that AMD could offer relatively competitive gaming performance to that of Intel. However, it did so while offering more cores, better pricing, and versatility for creators. With all of that considered, Ryzen has apparently just been too hard to pass up. The Ryzen 5000 Series is about to kick things into overdrive too, because it now officially offers the best of both worlds. The multi-threaded performance of the Ryzen 5000 Series will far surpass Intel’s current 10th generation products. Team Blue is about to lose the single-threaded performance crown, too.

With the Ryzen 5000 Series launching tomorrow on November 5, it looks like that market share will only continue to grow for AMD. We certainly shouldn’t count Intel out of the game yet, but with its 11th generation Rocket Lake lineup not arriving until Q1 2021, AMD has a solid moment to shine as king. 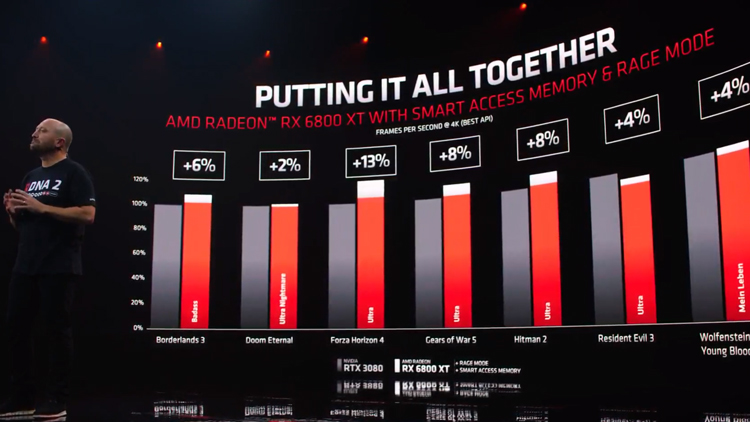 With all-AMD systems gaining an additional edge on the competition, more gamers may shift to Ryzen over Intel this coming year.

The reasoning for AMD’s continued growth doesn’t end there though. Skeptics should also factor in AMD’s impressive new Radeon 6000 GPUs, because they could provide an additional incentive for consumers to go with Team Red. Proprietary new technologies like Smart Access Memory (SAM) allow AMD products to gain additional performance when paired together. Finally, consider Nvidia’s RTX 3000 Series supply issues. The more consumers that choose Radeon simply due to availability may also decide to take advantage of Ryzen’s SAM to get maximum in-game fps. The allure of powerful, all-AMD systems could spell trouble for both Intel and Nvidia in the years ahead.

AMD is without a doubt on a roll. It also has a clear plan laid out for Zen 4, and can guarantee that its next generation of products coming in 2021-2022 will see ~10-15% performance/power improvements just from better manufacturing processes alone. Intel’s 14nm Rocket Lake lineup sounds exciting with its 17% IPC gains, but its 10nm desktop lineup needs to hit its late 2021 projection. Otherwise, AMD will only continue to feast on a growing market share.