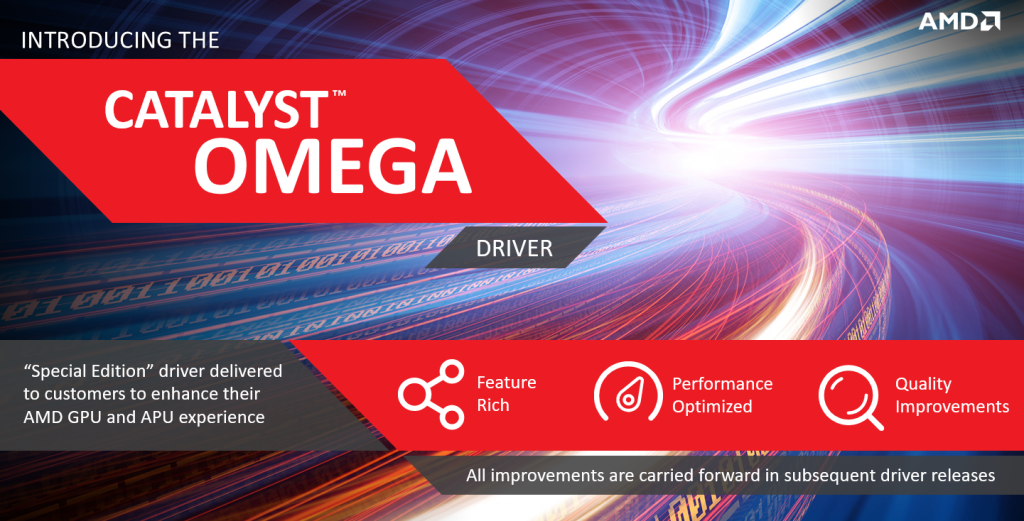 These new drivers are “special” according to AMD.

The latest driver update from AMD is a little unusual, so much so that they have their own special name: AMD Catalyst Omega. This driver has been released to “take full advantage of the advanced technologies built into AMD’s products that feature GCN Architecture, and help make them more powerful and capable”.

So what exactly are the benefits? AMD explain:

For example, early buyers of an AMD Radeon™ R9 290X GPU who download and install the AMD Catalyst Omega driver can realize up to 19% faster* gameplay on BioShock Infinite.

Similarly, users of AMD’s advanced APUs like the AMD A10 7850K can achieve up to 29% faster** gaming performance on Batman: Arkham Origins.

There’s a few pieces of additional info on the AMD site and the driver can be picked up here.