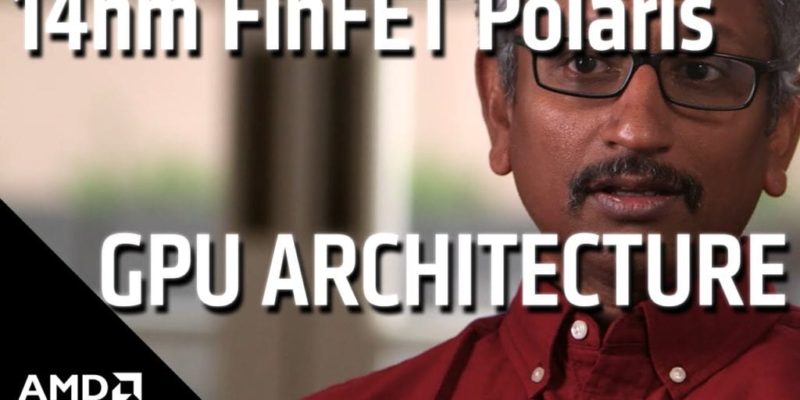 AMD’s next generation of graphics cards will be based around architecture dubbed ‘Polaris’; a foundation which has been given a few baseline details today.

It’s been no secret that both AMD and Nvidia are planning to roll out their next generations of graphics card architecture during 2016, with indications that smaller node sizes (meaning more efficient power-performance ratios) will be a significant factor.

That appears to be the case for AMD, who’ve announced that their Polaris architecture (that will ultimately be powering a range of as-yet-unannounced cards) will be based on the 14 nanometer or 16nm node size. Contemporary GPUs have previously been using the 28nm size as standard.

In a comparison with Nvidia’s GTX 950 card running Star Wars: Battlefront on medium settings (the only comparative test that has been done so far, it seems), AMD is claiming its Polaris architecture draws significantly less power: 85W vs the 950’s 150W. This is an oddly specific test under AMD’s own conditions, but offers an early indication of the expected reductions in power draw.

Polaris-based cards are also expected to have support for HDMI 2.0a, DisplayPort 1.3, and 4K h.265 encoding. Their launch window will be mid-2016.

We’ll undoubtedly be hearing more specifics about Polaris across the coming months, and there may be more information released during the Consumer Electronics Show (CES) later this week.

Meanwhile, here’s AMD talking about their new GPU architecture and how thrilling it all is.