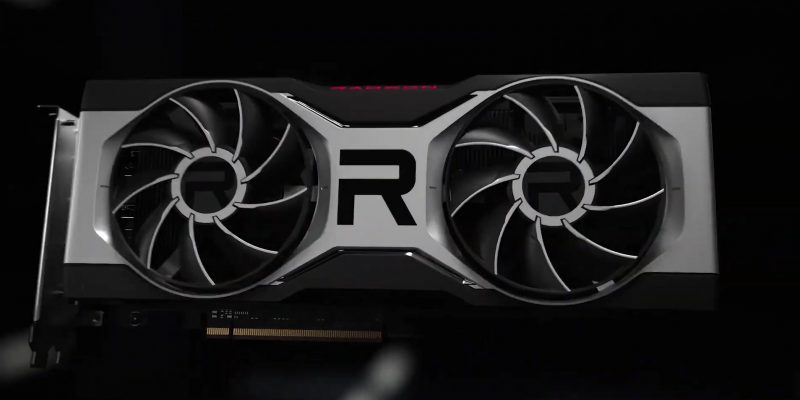 The ever-growing lineups of Nvidia’s RTX 30 Series and AMD’s RX 6000 Series are finally yielding some better entry-level to midrange options for consumers. On Team Green you have the RTX 3060, 3060 Ti, and the 3070 that run from $330-500 USD. Team Red recently revealed the AMD RX 6700 XT, and while the $479 USD MSRP isn’t exactly cheap, it does offer a heck of a lot of performance according to what we saw.

AMD touts that the card offers a premium 1440p experience in modern demanding games. Based on the benchmarks provided by AMD, it averages 70-90 frames (sometimes more, sometimes less) on ultra settings. That’s quite respectable in comparison to the RX 6800. Despite featuring 33% fewer compute units and stream processors, it’s only 15-30% weaker than its more expensive sibling while coming in at only 82% of the MSRP. All of this comes in addition to the fact that the die size is only 64% of that found in the RX 6800.

So where is the extra performance coming from? From the higher clocks. As can be observed on the AMD website, the 6700 XT is spec’d at just 20W lower than the RX 6800. With much fewer cores, it puts out less power and thus less heat. AMD seems to have struck a nice balance with the added headroom for higher frequencies here.

But how high can the 6700 XT actually boost? According to a Geekbench score, pretty high. As spotted by APISAK on Twitter, the card recently showed up with a maximum frequency of 2850MHz. That’s just shy of the official numbers provided by AMD. The RX 6800 sits at just 2105MHz by comparison. Even the 6800 XT is just at 2250MHz.

While we can’t say whether or not the AMD RX 6700 XT will be able to maintain such high frequencies, the potential for that level of performance does seem to be there. We’ll have to wait for more testing to see if this frequency is replicable and if it was the result of a healthy custom overclock with the necessary cooling. Some prominent leakers like Moore’s Law is Dead seem to think these results are possible though for high-end production models.

Whether capable of just 2581MHz or even 2850MHz, the RX 6700 XT should perform well as a product. It will not only meet the needs of many gamers, but also should be able to offer better yields and more overall supply for AMD to get to market.