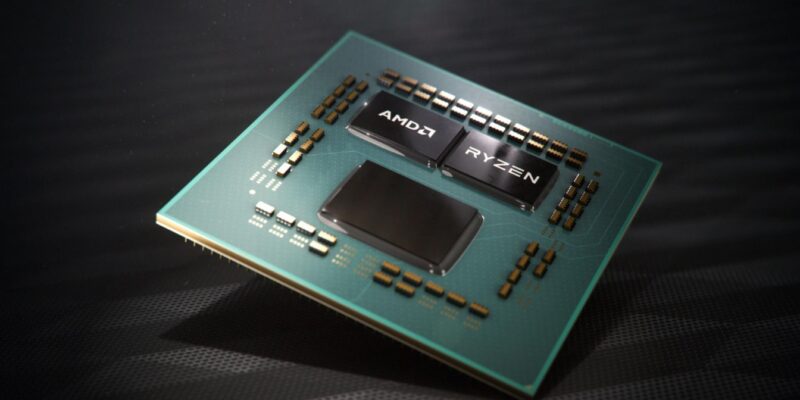 AMD just stirred up a lot of hype with its reveal of the Ryzen 7000 Series CPU lineup due to launch at the end of September. The highlights are increased clock speeds up to 800MHz, more cache, and slightly higher IPC for a result that’s clearly a step above AMD’s prior generation offering. Gamers are rightfully excited for the gaming performance increases that will come with the Ryzen 7000 Series, as well as Intel’s 13th generation Raptor Lake CPUs. However, it’s being reporting that AMD will quickly follow up with Ryzen 7000 X3D models to beat Intel in gaming.

The rumors stem from multiple sources for industry leaks. One is from Greymon55, which claims that AMD will do a reveal at CES 2023. The other leak is from Moore’s Law is Dead, who states a Q1 launch is scheduled. That places the Ryzen 7000 X3D launch within six months of the initial launch scheduled for September 27. Compared to the 17 month gap between the initial Ryzen 5000 Series launch and the 5800X3D, the wait could be worth it for those who want to be one-and-done with upgrades for a while.

The significance of the V-Cache X3D refresh is that these models could perform much better in gaming apps thanks to some modifications versus the standard CPU designs. AMD attaches a massive L3 cache on top of the standard CPU die on the X3D models. This design change is more significant than just higher clock speeds or more cores. V-Cache is an early look at the benefits that 3D stacking technologies will bring to the chip industry, and gamers will seriously benefit. It’s also a power efficient way to scale better performance, removing the need for things like 360mm liquid coolers.

As we saw with the 5800X3D that launched in April, it was essentially a 5800X with the added cache. Design limitations forced AMD to downclock that processor by 300MHz, but it still outperformed even Intel’s 12900K in many games. The cache seems to really help boost average framerates, particularly those notorious 0.1% low dips which can be disruptive during gameplay.

What makes the news of a Ryzen 7000 X3D refresh even more interesting is that AMD’s already commented on tweaks to its next-gen V-Cache to keep frequencies more in line with the base model CPUs. That would suggest an even greater uplift than with the 5800X3D. Moore’s Law is Dead claims that in some scenarios, there was a 30% performance uplift over the standard Zen 4 CPUs. That’s huge, and worth waiting for.

It’s difficult to say at this point what Intel would be able to respond with if AMD refreshes its Ryzen 7000 Series so quickly with X3D V-Cache models that perform significantly better in gaming. At that point, AMD would have the arguably superior product for gamers. However, we shouldn’t expect AMD to let its X3D CPUs go for cheap. You’ll also need to buy a new X670 motherboard and DDR5 memory, but the resulting performance should be incredible. If you don’t mind waiting a few more months to decide on how you’ll upgrade your gaming PC, you should have some better options to consider.