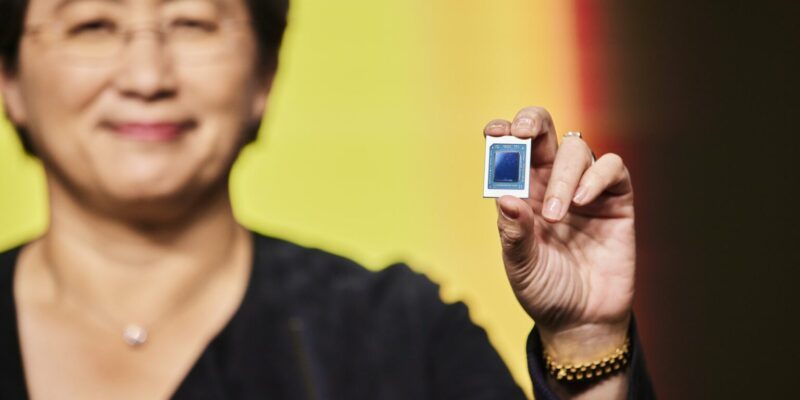 AMD has just revealed the newest in its line up of mobile APUs. Codenamed “Rembrandt,” these Ryzen 6000 APUs will feature AMD’s latest CPU and GPU IPs, and use the Zen 3+ architecture. It promises a big performance boost for laptops and notebooks geared towards both high and low-end markets.

The “Rembrandt” APUs will come in two varieties, both Ryzen 6000H and 6000U variants. The H-series variants will target the high end market, while the U-series will target the entry-level market. AMD is looking to make a big push in the notebook market with these options and plans to cater to both gamers and professionals in the workplace.

The most encouraging part of the 6000 series of APUs is the updated feature set. The first and most straightforward is the usage of advanced DDR5 memory. This will improve performance across the board for notebooks and laptops. The 6000 series will also support PCIe 4.0 and USB4. These are both large improvements that will help to keep the APUs relevant as time goes on. PCIe 4.0 support in particular will be needed for faster and larger SSDs and graphics cards. USB4 is also a good option thanks to it’s high speed data transfer with speeds able to reach 40 Gbps. 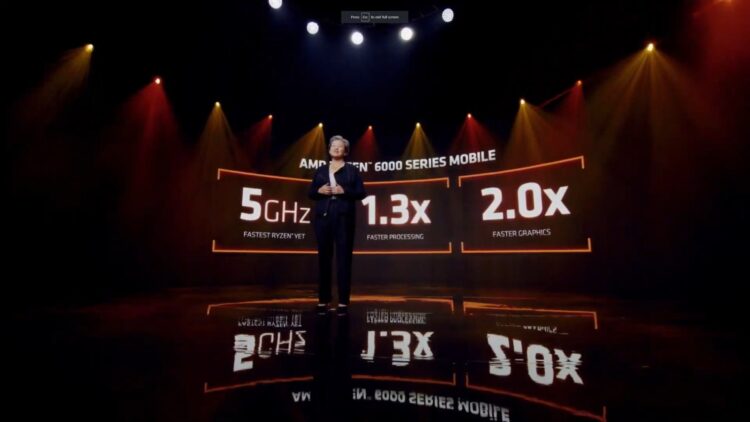 Other features that AMD announced for the Ryzen 6000 “Rembrandt” APUs include Wi-Fi 6E support. This is another welcome feature, and the 9.6 Gbps transfer speed is going to fantastic for notebooks. High-end work that involves the streaming of large amounts of data will be made easier thanks to that. AMD also developed an AI noise cancellation feature that will help filter out background noise during video calls. It’s certainly going to be a welcome feature to those that have worked from home over the last couple of years.

More general features included on all “Rembrandt” APUs are Freesync Premium, HDMI 2.1, DisplayPort 2 and HDR. The performance for each model of the APU will differ in various ways, as expected. The highest performing APU, the Ryzen 9 6980HX will have a boost clock of 5 GHz, with the base clock yet to be announced. It will also come with the Radeon 680M integrated graphics card.

Laptops featuring AMD’s Ryzen 6000 “Rembrandt” APUs are expected to start shipping in February. Be sure to check out what Intel’s doing with their 12th generation CPUs too.

Sonic Frontiers was delayed to 2022 to ‘brush up the quality’