AMD’s Vega-chipped GPUs, the 64 and 56, were finally released in August this year. The anticipated higher-end AMD cards had been delayed many times, to the extent that Nvidia were able to get their 1080ti out of the door first (unthinkable at one stage) and the 1070ti not long after.

Despite that, Vega (particularly its 56 variant) is just about pulling its weight as an alternative. If you don’t mind a power-guzzler, Vega 56 is, in theory, a GPU that can beat the 1070 and trade blows with a standard 1080 in AMD-friendly titles for a lower price than either of those cards.

In reality the claimed MSRP of $400 for the 56 has been extremely difficult to find until very recently, but if prices actually manage to stay sensible for a bit it’s a decent proposition. Two months after release, it might actually be time for people to take the plunge on a third-party custom or add-in-board (AIB) version of Vega.

Except … they can’t, because the AIBs aren’t available anywhere and most of the usual companies (Sapphire, XFX, Powercolor, ASUS) have barely hinted at an actual launch. Two months after the full unveiling of Vega 64 and Vega 56, the only GPUs people can buy are reference designs. No versions with in-built overclocks, or fancy coolers. Just the basic one that’s been around (well … sometimes) since August. 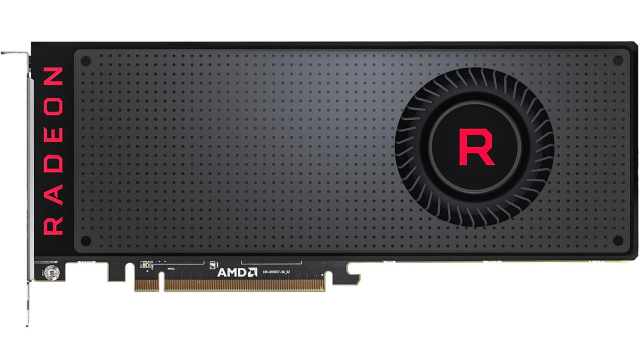 As a point of comparison, when AMD launched the RX 480 in late June 2016, it was followed by AIBs in late July of the same year. The turnover with the 580 was even faster, though that’s due to it being a bit of a redux rather than a whole new launch.

Here we are in mid-November, two months after Vega’s ‘launch’, with not much to show from third-party GPU manufacturers. Sightings have been rather rare, but there are fragments of news out there.

The ASUS Strix version of the Vega 64 has actually been reviewed in some publications. I can’t actually find it for sale anywhere, but, well, at least it exists in concept.

XFX will be on board with Vega too. These images were posted to Reddit by an XFX employee a couple of weeks back. They weren’t able to give any firm release dates either (it seemed clear they didn’t have any, not that they were withholding), but did indicate to someone that it would be “a bit more than [a few weeks]” away. December, maybe?

A Sapphire Vega 56 Nitro prototype card has been spotted in Korea, though again there’s no estimate for a release date there either. Looks like the Sapphire cards will require three eight-pin connectors, which is pretty bonkers. 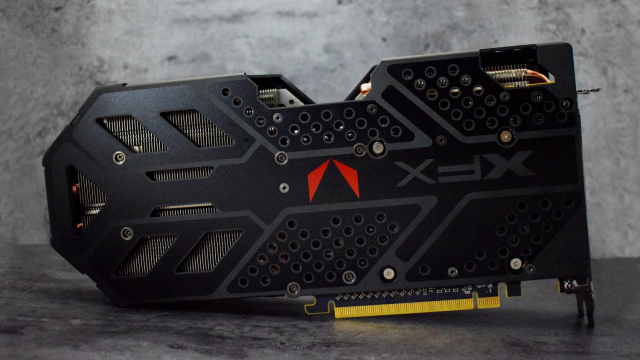 There are mixed suggestions about Gigabyte cards. It was initially reported that the company had no custom Vega GPU plans. Then, that story flipped to suggesting Gigabyte would not only be making custom Vega GPUs, they were actually planning four variants. The latest word had them possibly coming at the end of October, but, well, obviously that didn’t happen.

Regarding PowerColor and MSI, I can find little sign of anything yet. An article from TomsHardware back in September quoted an MSI representative saying they “won’t be making a custom [Vega] card anytime soon”. That same piece says PowerColor were waiting on delivery of DRAM at the time.

It also contains some information from ‘sources’ that say partner companies are seeing too much variance in the quality of Vega chips received from AMD. That prevents them from finding a stable overclock frequency that can be applied to all cards, and means they can’t yet go into full production. It also sounds like there are production problems with Vega packaging, due in part to the size of the HBM2 (High Bandwidth Memory). Hence, fairly lengthy delays.

I can’t verify all that as completely accurate information. Clearly though, there have been significant problems in the usual chain of supply and production. So, while at one stage you might have hoped to be looking at Black Friday or Cyber Monday deals on AIB Vega cards, that’s now almost absolutely out of the question. If a few of these companies manage to overcome their problems and crank out some cards in the coming months, and if pricing stays stable, then you might be able to shop around for a minor discount in New Year sales. But don’t count on it.