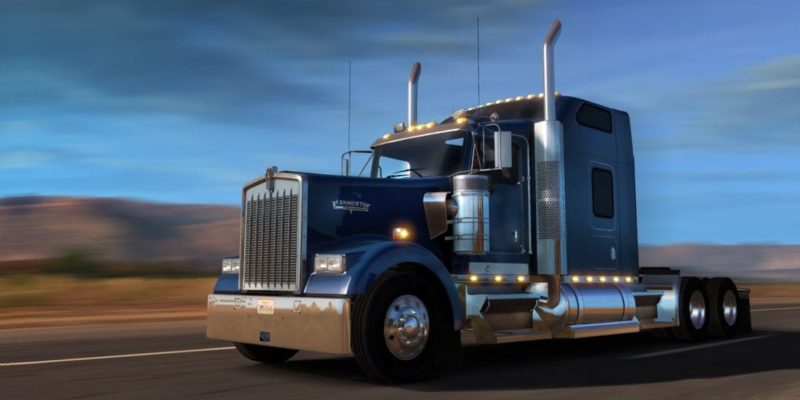 Truck fanatics will be pleased to know that the first piece of American Truck Simulator DLC has been released and it’s free.

This update adds the “legendary Kenworth W900″ to the trucking action but there’s also a few other bits and pieces worth noting.

SCS has realised that fines in the game are too harsh for new players and so they have been lowered in the early stages of the game and increase as a player’s skill level increases.

The speeding detection code has also been made ” more forgiving” and now gives a player time to adjust their speed. On a related note, SCS will be adding more speed limit signs and the AI will be made less “stupid” but these will be added in the next major game update.

European players are also being catered for with improved detection for the ‘turn on red’ feature. If you use the indicator to signal a right turn no red light penalty will be applied. Turning when the light’s red? What is this madness?

If you’ve not yet tried American Truck Simulator there is a demo available.

Far Cry Primal video shows how to play as a Mammoth