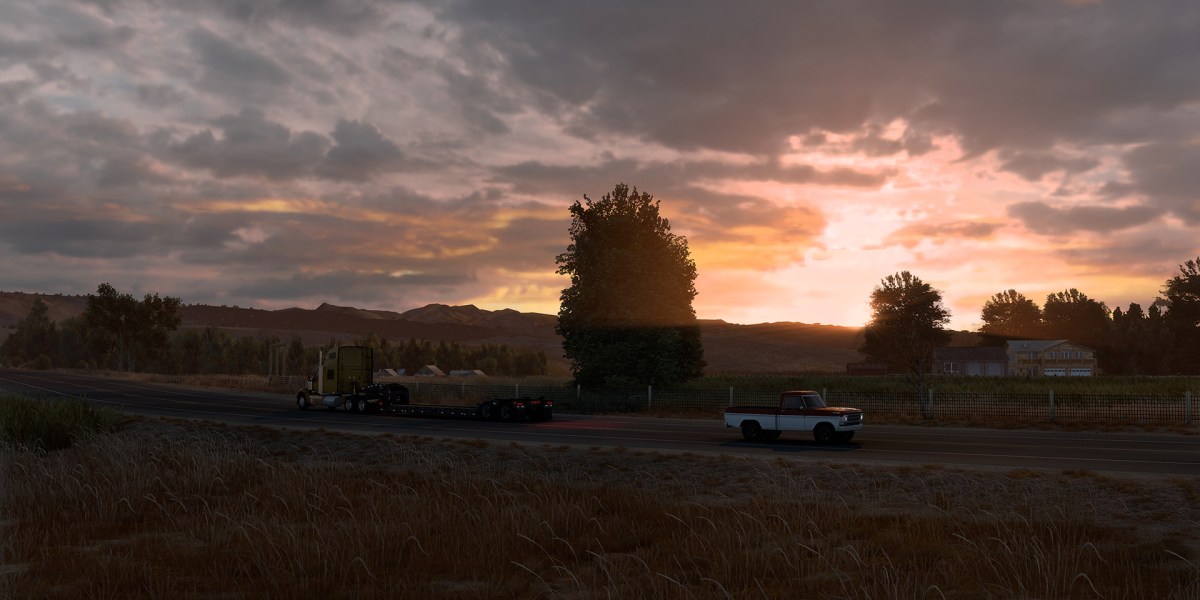 After weeks of hyping it up, SCS Software has officially released the full version of the new update 1.40 for American Truck Simulator. This new update introduces a completely revamped lighting engine, resulting in a notable increase in visual fidelity. But, even more is included such as new chassis types, truck updates, and scenery updates.

The artists have retouched the “majority of the in-game assets, textures, and materials to better work with the new physical model of the new light system.” This is the first big step in the ultimate goal of achieving full-on PBR (physically-based rendering). PBR is also an advanced graphics technique utilized in high-fidelity titles like Microsoft Flight Simulator. That said, SCS promises that players “can expect further changes and improvements to be done in the future” and is inviting its community to submit feedback and opinions on the new graphics once they’ve experienced the changes for themselves.

Don’t forget to keep on truckin’

While the new visuals for American Truck Simulator are exciting, this update includes even more than just that. There are now extended chassis options available for some of the trucks including new 4×2, 8×4, and 8×6 chassis types “which are used for a range of different trailers.” As SCS explains, the super short 4x2s are better suited for small trips, as is the case with local distribution deliveries. The 8×4 and 8×6 options are for longer journeys that usually demand heavier loads.

While you’re rediscovering the world of American Truck Simulator in its shiny new lighting engine, you can also enjoy revisiting New Mexico and Oregon (if you own the respective expansions). SCS has added new Viewpoints to those states, which are cinematic shots of key areas around the map. This little feature was first introduced in the Idaho expansion that released back in July 2020. Colorado also had some of its own. In every instance, the views are stunning and make for great virtual pitstops. The upcoming Wyoming DLC, set to launch sometime this year, is bound to feature even more of these. No doubt the massive Texas expansion will offer its own attractions as well.

Update 1.40 may now be live for American Truck Simulator owners, but Euro Truck Simulator 2 fans will have to wait a little longer for the lighting update. It will release alongside the upcoming Iberia expansion, which will come sometime in April.