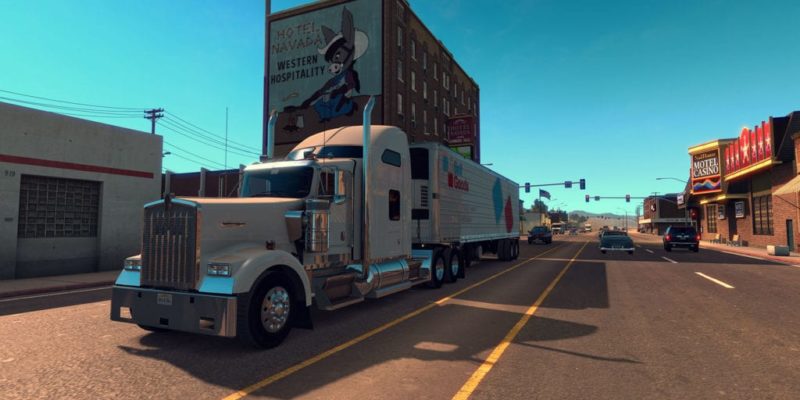 Breaker breaker, there’s a new American Truck Simulator trailer up. Anyone out there interested?

The USA-themed follow-up to Euro Truck Simulator 2 now has a shiny new trailer, showing a variety of big rigs going across America. There are small towns, big cities, deserts, grasslands, and a few major landmarks on display.

Considering Euro Truck Simulator 2 was received incredibly well, I’d say American Truck Simulator has quite a lot to live up to. This doesn’t really show off gameplay (well, barring “trucks driving along roads”, but that’s not what I mean) but what’s on display looks pretty good nonetheless.

From what I can gather, the base game of American Truck Simulator will be set in California, with more states added as DLC. The game itself is estimated to launch sometime later this year, but there’s very little official word on that.