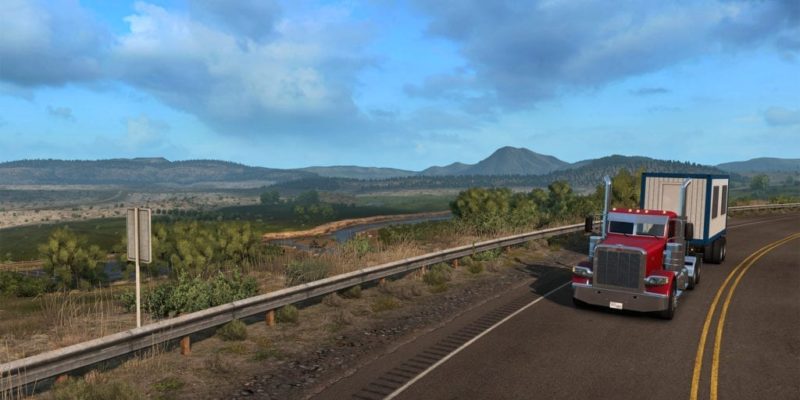 It’s time to pack your bags for the highway. SCS Software has announced that American Truck Simulator will receive its Utah DLC later this year. Currently, the base game is on sale for 75 percent off during Steam’s Summer Sale, an offer that will last until July 9.

Utah features much throughout its landscapes. The DLC will offer everything from the red-rock deserts to snow-capped mountains. In the trailer below, note the toy bee hanging from the rearview mirror. The Utah DLC is all about celebrating the wonder and beauty of the Beehive State.

Being the 13th largest state in the US, Utah is a major tourist destination for its numerous national parks. This alone should prove that the DLC will offer plenty of gorgeous landscapes to see.

American Truck Simulator has seen a wealth of DLC

We’ve reviewed a number of the DLC packs for American Truck Simulator. Most recently we looked at the Washington DLC, which also coincides with the Forest Machinery DLC pack. Between the two, players can experience the beauty of the Evergreen State. Washington offers a number of different industries for the player to transport goods with, most especially farming and produce. The release of the Washington DLC also marked the completion of the entire US West Coast in American Truck Simulator.

A few months prior, we further looked at the Oregon DLC, a content pack that proved just how gorgeous this game can get. Along with that, we reviewed the Special Transport DLC, which allows players to travel with huge, oversized cargo loads.

By Otto Kratky17 hours ago
Industry