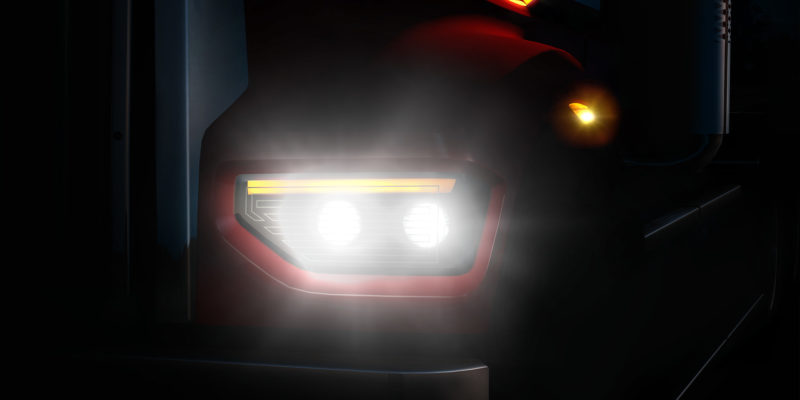 Games that include licensed vehicles often feature ones that have been released. But, there are a few times where unreleased vehicles are created in tandem with their game-based counterparts. We typically see this with big-budget titles from large companies, like Microsoft’s Forza. However, the folks over at SCS Software have now announced that they have been working with Daimler Trucks North America to produce a virtual rendition of the NEXT Western Star for American Truck Simulator.

The new Western Star has yet to even be fully revealed in physical form. But, SCS has been working behind the scenes to produce a high-quality model that will driveable in the world of American Truck Simulator in the near future. ATS features a handful of licensed trucks, including an existing Western Star. However, this is the first time that SCS has been able to gain access to an all-new truck that hasn’t even hit the market as yet.

Still yet to be seen

Seeing that the NEXT Western Star has not yet been revealed in real life, SCS is also not showing all of its cards at this time. For now, we just have a few sleek near-silhouette renders showing very specific sections of the truck like its right headlight and the front left side of the vehicle. In the video below from the Western Star YouTube channel, it has been confirmed that the real-world truck will be revealed on September 29, 2020. Since SCS is working alongside the manufacturer, it’s fair to expect that a full reveal for the ATS rendition of the truck will also drop at the same time.

Earlier this year, American Truck Simulator got its first Mack truck in the form of the Mack Anthem. Whenever this new truck from Western Star hits the sim, it will become the fourth new truck to be added in since ATS’ initial 2016 release. Hopefully, like all of the other additions, this will be free. But, we’ll have to wait and see what SCS says about that in the future to know for certain.

In the meantime, the next piece of new content coming to the simulator (hopefully by year-end) is the next map expansion: Colorado. This follows behind the release of the Idaho expansion, which launched a few months ago to positive responses from the ATS community.