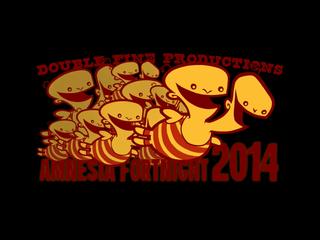 In a way though, they’re all winners. Some are just more winninger than others.

The people have spoken! Or silently ticked boxes on a website, or something. Anyway. The first round of ten finalists from Double Fine’s Amnesia Fortnight have been revealed this afternoon.

If you’re not too sure what the Amnesia Fortnight is, then follow my handy news recap link above. Or head over to the Humble-hosted Amnesia Fortnight page. They’re both good ways to learn about the event. I won’t judge.

The ten finalists (to be whittled down to a mere three, folks) are as follows: Breach, Dear Leader, Derelict, Eras of Adventure, Ether, Extra-Terrarium, Mnenomic, Project Xing, Steed, What Could Go Wrong.

Great to see Dear Leader doing well, as that was probably my favourite idea. Bad Golf 2 was robbed though.

I think Pendleton Ward’s prototype is a separate thing, that one doesn’t seem to have been revealed just yet.

Anyway, to learn more about all of those prototype games, watch the potential developers being interviewed by Mr. Tim Schafer himself in the video below. Should you wish to get in on the voting, head to the Humble page linked above and toss some cash around.