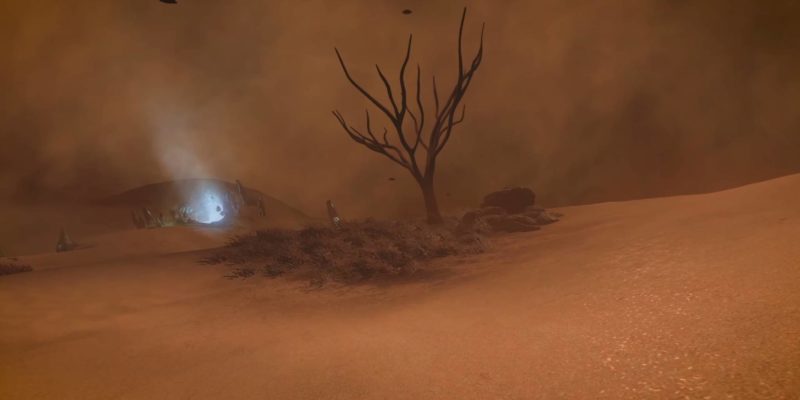 Frictional Games, famous for the horror franchises SOMA and Amnesia, has published a teaser trailer for its upcoming untitled game. The game so far has only been teased by the developer through an ARG and strange clips. In classic psychological horror style, the teaser trailer titled “I am Tasi” is both cryptic and unsettling. It features a first-person perspective of Tasi as she mutters fearfully a few words while trying to open her eyes completely. Once she is finally able to do so, a lone tree and cave with an ominous glow can be appreciated amid a sandstorm.

What we know about Tasi and the story behind this madness

The new teaser trailer appears as unlisted in Frictional Games’ official YouTube channel and was first spotted on ResetEra. All this adds even another layer of mystery around Tasi and her role in this upcoming game. For starters, Tasi is trying to keep herself conscious as the teaser begins. Furthermore, she seems to be desperately looking for someone as she mutters that she “need to find him; he must understand.” She also states her name and moves on to say that she is still Tasi, meaning that she might be suffering some sort of amnesia or transformation. This is, of course, all speculations based on Frictional Games’ teaser trailer.

Since December, the developer has shared some hints of what this new game might be like. First, an empty site for the company that has been stranded for four years displayed a neuron. This neuron evolved and eventually became a pulsating embryo as of the moment of writing. Within the code of this site, a couple of links were found. Namely, these linked to two videos, one with mysterious rocks and symbols and another one with just terrifying noises. Later on, further information was discovered through the video annotations. One of the videos referenced Shept, a village in Kazakhstan, and the other one mentioned an experiment called “Triple Crown.”

So far, there are very few connections between all these cryptic clues. One thing is sure, though — for horror games fans, this is as interesting as it gets.

The most memorable alternate histories in video games