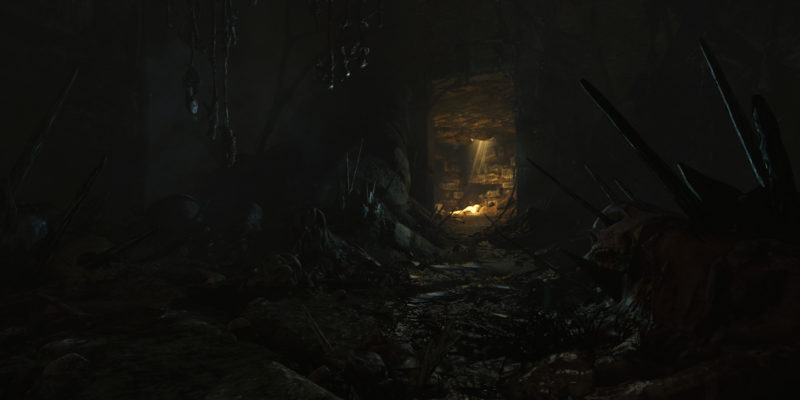 In 2010, Amnesia: The Dark Descent brought a truly chilling horror game to our screens. And now, a decade later, we are finally getting the long-awaited sequel. Back from the dead, developer Frictional Games today announced Amnesia: Rebirth as its first title in five years. Rebirth is set for an Autumn 2020 release on Steam.

The last title Frictional Games released was SOMA, a horror game with a sci-fi twist. However, Rebirth will instead focus on what made the original Amnesia so good: putting the player in an unfamiliar, desperate situation where terror and pain await.

This time around, players will be starting a brand new journey. Instead of Daniel escaping a 19th-century Prussian castle, you’ll play as Tasi Trianon exploring the vast Algerian Desert. Unfortunately, this journey is less one of discovery and more so of despair.

In order to survive, Tasi must pull together fragments of a shattered past. There is plenty on the line, as failing to do so will mark the end of the road for Amnesia: Rebirth‘s protagonist. If the deadly traps aren’t enough, Tasi finds herself pursued by a dark, vile creature.  Going face to face with it is not an option. She must escape.

Frictional Games, as well as franchise fans, will no doubt be excited ahead of Amnesia: Rebirth’s release. The original sold over a million units through Steam, Humble Indie Bundle, and Potato Bundle. This figure was such a landmark for Frictional Games that the developer admitted to not even caring about any potential piracy.

Given the extent that piracy can hurt modern game developers, especially indies, it’s seriously impressive that a then-unproven IP like Amnesia: The Dark Descent could sell so well. It’s clear that Frictional Games was on to something, and we can only hope to see more of the same with this sequel. If you’re interested, consider adding Amnesia: Rebirth to your Steam wishlist to keep on top of any future updates.

The disappearing act of GeForce Now — Is it justifiable?