It’s a bit surprising that Among Us didn’t already have a Twitter account. I suppose it’s one of the things you never get around to when you think your game is dying, but then it becomes the smash-hit of 2020. As its first order of business, the new Among Us Twitter account revealed a teaser image of the next map coming to the murderous party game.

It followed up its first tweet by informing fans of the game to keep an eye on The Game Awards on December 10 for more information. A new map isn’t the only thing Innersloth has been working on. It is continuing the ongoing battle with the scum of humanity. Otherwise known as cheaters. Plus, it recently revealed that it wants to add accounts to Among Us, which would allow players to report suspicious or toxic behavior.

Now, where have I seen that before?

Before its surprise launch into the heights of gaming popularity, Innersloth had all but given up on Among Us and had begun work on Among Us 2. With the sudden rise in fame of Among Us, Innersloth canceled the development of the sequel and decided to implement all of the planned content into the original game.

Among that content was a new level based on the world of Henry Stickmin. Who, you ask? The Henry Stickmin Collection is a series of games developed by Innersloth before anyone knew who Innersloth was. One of the episodes is called Infiltrating the Airship. The teaser image of the next Among Us map looks like an airship. By golly, I think we found the next Among Us map. Now that’s some top-notch sleuthing. 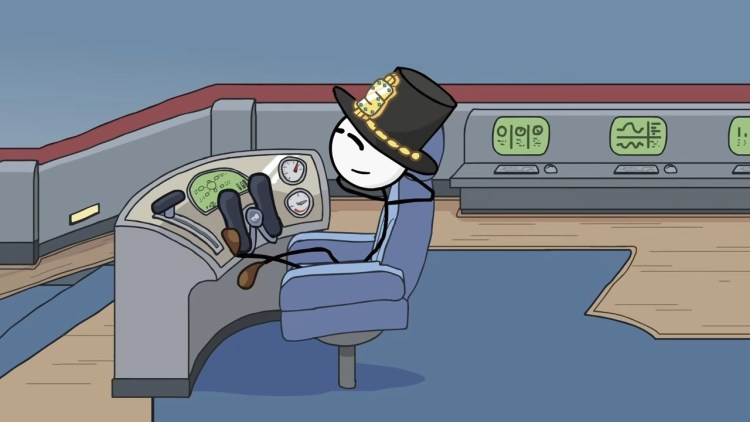 That setting sure does look familiar.

Among Us is available for PC players through Steam for the low, low price of $5. The fun to price ratio on this one is off the charts.