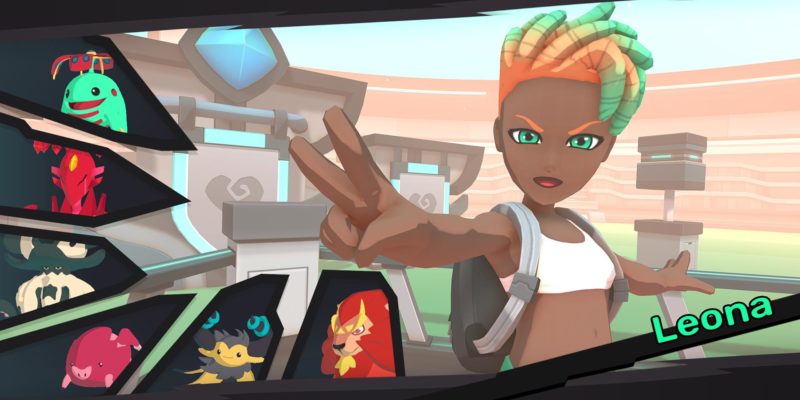 With the recent launch of Temtem‘s Ranked Matchmaking, many tamers have made their first foray into the competitive battling environment. Those who did have quickly discovered that you can’t single-mindedly attack your opponent turn after turn like you can in the story mode. The type-effectiveness of the different Temtem, lasting stat buffs and debuffs, range of Traits and Techniques, and 2v2 format make Temtem battles far more complex than they first appear. If you want to climb the Ranked Matchmaking ladder, you need to learn the competitive roles that different Temtem can fill.

Let’s start with the supporter role. In the stats recently released by Crema, two supporters were the most picked Temtem in Ranked Matchmaking. Supporters are also what you’ll build the rest of your Team composition on top of. Supporters excel at buffing, protecting, and healing your Temtem, as well as hindering your enemy with debuffs.

Techniques can also determine how good a Temtem is at fulfilling a role. The other incredibly popular Supporter, Pigepic, has a Technique called Bamboozle. This will protect an ally Temtem from the next offensive Technique directed at it and give you enough time to buff it.

On that note, let’s talk about the Temtem you want to buff to beat your opponent. The role of the sweeper is to receive stat buffs from supporters or its own Techniques and then proceed to sweep your opponent into the trash. These Temtem should have a high base ATK (attack) or SPATK (special attack) stat.

Gyalis is an ideal example of a sweeper. It has very high ATK and SPD stats, as well as the Heat Up Technique to increase its ATK further. However, Volarend is another good example, mostly because of one specific Technique – Hyperkinetic Strike. This Technique deals more damage based on your Volarend’s SPD. Pairing it with a supporter that has Techniques that increase SPD (like Turbo Choreography) will result in Hyperkinetic Strike dealing devastating damage.

Temtem that take on the role of the wall are like tanks in classic MMORPGs. They have high DEF or SPDEF, allowing them to absorb many hits from opponents. However, a wall that does nothing but soak up damage will likely see you slowly losing a battle. It needs to offer something more – be that one offensive Technique, a buff, a debuff, or a Status Condition.

Kalabyss is a good example of a physical wall because it has a very high base DEF that makes it resistant to ATK damage. Plus, it has high HP (health). Kalabyss can also chip away at enemies with Techniques that apply Poison, and it can reduce their SPD with Flood. 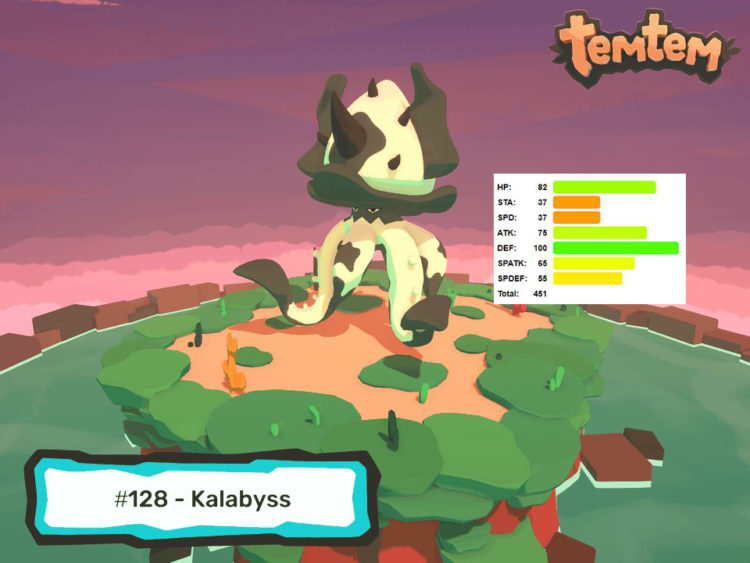 Taifu is a good example of a wall specializing in taking SPATK damage. It has very high SPDEF and plenty of STA to use Techniques. It can significantly buff the DEF of allies with Bark Shield. Plus, it can reduce the hold of Techniques by one with Cheer Up, which allows your sweepers to unleash their big moves quicker.

How to choose a Temtem for roles

There are more niche roles in Temtem, but those three are the classics that will get you started. Now that you know what each role does, you need to know what to look for when choosing Temtem for a role. 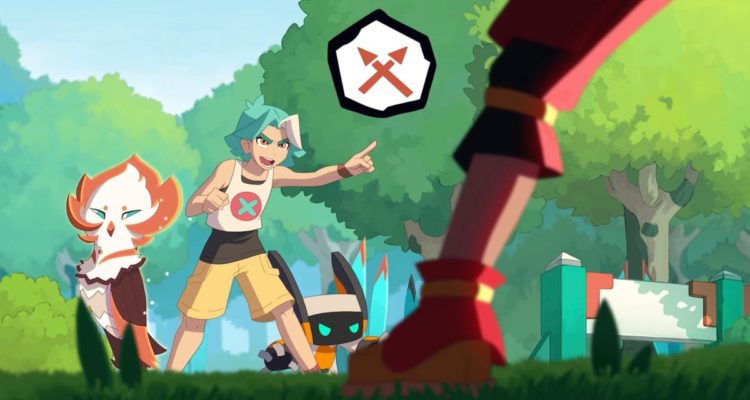 When picking supporter Temtem, look out for Traits and Techniques that can give you an edge over your opponent. This could come from stat changes or Status Conditions.

When selecting Temtem for the sweeper role, first check if they have a particularly high ATK or SPATK stat. High SPD and STA (stamina) also help, as these allow you to land Techniques before your opponent. Next, look for Techniques that deal high damage and match the sweeper’s type (Fire, Crystal, etc.) and damage (ATK or SPATK). This will take advantage of the same type attack bonus and allow you to deal 50% more damage.

When choosing Temtem for the wall role, start by looking at the DEF, SPDEF, and HP stats. Then look for Traits and Techniques that can further increase the wall’s defenses. To successfully pick a wall in a match, you need to know if your opponent’s sweepers will use ATK or SPATK. Finally, your wall needs to have something else to offer your team. Look for a high damage offensive move or debuff that can threaten your opponent. Otherwise, look for Techniques that will buff your sweepers.

If you need any other help with Temtem, you can check out our guides hub. Good luck with your battles.

The Medium: Guides and features hub

The Medium guide: How to escape the Maw

The Medium guide: Tips to help with dual-reality investigation