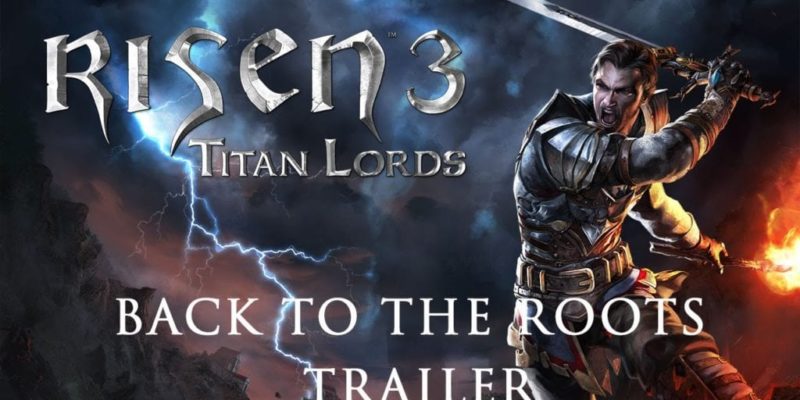 Don’t think this guy shows up in the stream, but he is in Risen 3.

Risen 3: Titan Lords is coming to the PC in mid August, so now is as good a time as any to watch an hour of gameplay footage from the title. DeepSilver streamed this earlier today, and it seems to feature a fair bit of the early stages of the game.

To watch the hour in full, head over here or look below where I’ve attempted to embed it. Nothing much happens for the first five minutes and the audio is pretty messed up until around the 12 minute mark. Start there if you want to be able to hear what’s going on without a persistent hissing noise.

Your Risen 3 host Will wanders around what I presume are opening areas, attacking minions and searching for a hellhound. He also gets a bit confused by a crystal portal and steals some bones from a graveyard, then signs up as a mage. Honestly, it’s not easy live-streaming an RPG of this type to the world, so he does a pretty good job.

There looks to be a fair bit of stuttering when moving around the world, but whether that’s an “early build” issue or something related to the stream it’s hard to say. Hopefully the final game isn’t that jerky (he’s also using ALL THE GRAPHICS so that might account for it.)