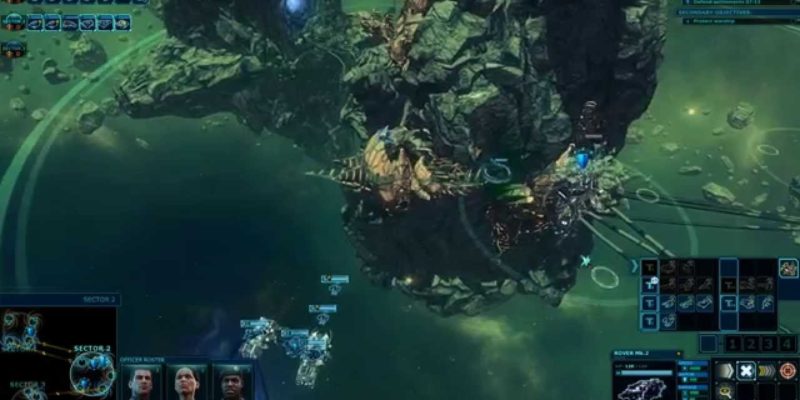 The Paradox-published Ancient Space is still looking quite Homeworld-ey in this latest trailer, which shows a bit of the 3D navigation and combat possible in the game. CreativeForge start by recounting the straightforward story of why they’re making a 3D space-based RTS: it’s because nobody else seemed to be making them any more.

Movement does indeed appear to be full 3D, and apparently you’ll be conducting defensive missions, ones where you need to capture other ships and structures, plus those where you transport cargo or pursue fleeing enemies. Tactical combat is described as “essential” to Ancient Space, and it’s mentioned that there are four different size classes of ship and “many” different types of unit with unique abilities.

The title’s setting of the “Black Zone” is full of gases, asteroids and other debris, as you can see throughout the video. It’s supposed to be a sort of “living environment,” like a coral reef.

Rather than attempting to place characters at the heart of their RTS story CreativeForge intend the focus to be on the mission itself, which is described as more NASA than Star Wars. It’s said to be less a “rip-roaring adventure” and more of a mystery. Though one that still has moments of drama.

See Ancient Space in motion, below. The game is due on 23 September. You can pre-order it here, but, you know, that’s always risky.

The Walking Dead Season 2: Everything Telltale got right, and wrong