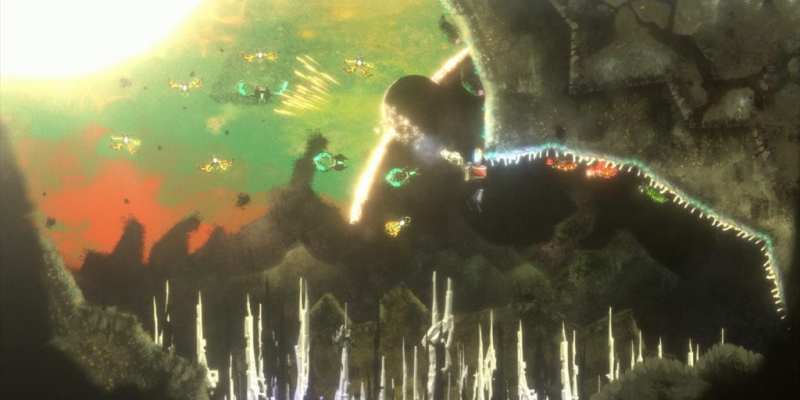 A new indie studio called Resonator has announced their first title called Anew.  The Resonator team comprises of Steve Copeland and Jeff Spoonhower who have worked on titles such as Borderlands 2, Bioshock 2, Command and Conquer, tar Wars: Empire at War and more.

Described as an open world, dual-stick action game, Anew follows a child who wakes up on a distant moon twenty light years from Earth who has to carry our a mission of “critical importance”.

Players will be challenged to traverse the vibrant looking game world solving puzzles, searching for equipment, upgrades, vehicles, and companions to help on the journey.

There’s not much else to go on at the moment but a new site has launched and there’s a first batch of shots to check out.