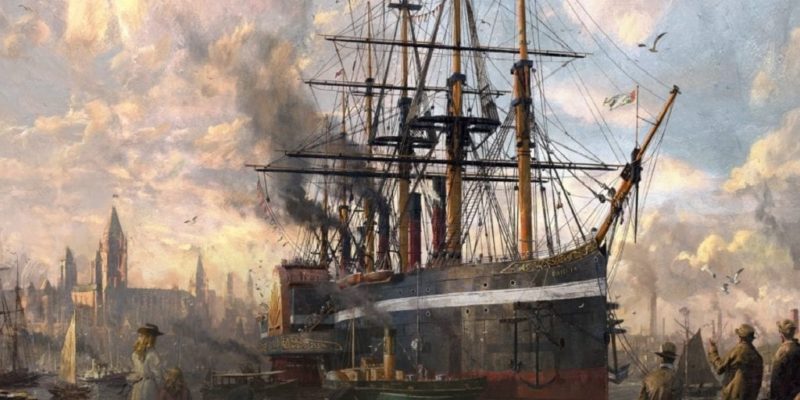 I’ll be honest: I have actually never played a single game in the Anno franchise. I know! Quite a surprise considering I’m a strategy/sim management type of player. Thing is, the Anno games have always been at the back of my mind. Each time one gets released, I’ve already had my fill of Civilization, Europa Universalis, Cities: Skylines, Tropico, Port Royale, and Banished. That’s not to say the city-building series from Blue Byte and Ubisoft was ever inferior to any of these, just that I never found the time to give them a go. Well, until now, that is. I checked out Anno 1800 and was immediately enamored by the detail and presentation.

Disclaimer: We were provided with a preview copy based on a beta build. As such, balancing and performance are not yet final. We’ll learn more about updates and tweaks closer to the game’s release date on April 16. 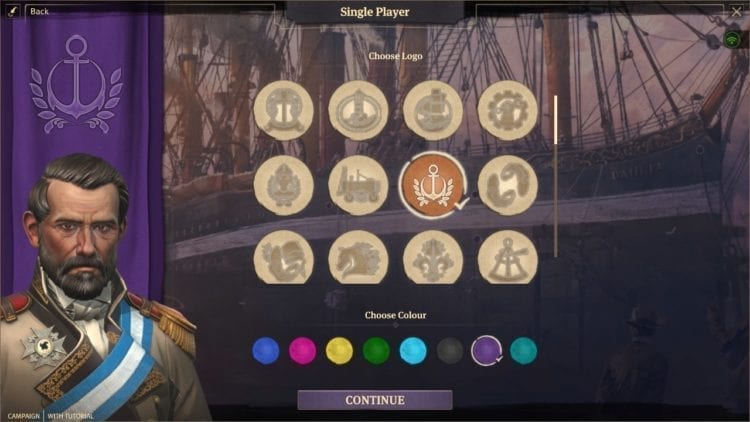 The main theme of Anno 1800 is the Industrial Revolution. You start off on a lonely island with only a trading post. You then build markets, houses, farms, pubs, and other amenities as you go along. From there, the rest of the game world opens up — one which you can customize at the beginning of your sandbox session from landmass size, resource abundance, and more.

External threats and opportunities abound from various opponents, pirates, and merchants controlled by the AI. As you explore the seas, you’ll find more islands to inhabit. Your main hub, however, will continue to grow towards the direction that you want it to.

Sooner or later, your farmers’ houses give way to the worker and artisan lodgings. Your humble rural town is slowly dotted with mines, ironworks, factories, shops, and all the trappings of capitalism. The world becomes your playground as technology and society advance.

The Price Of Progress 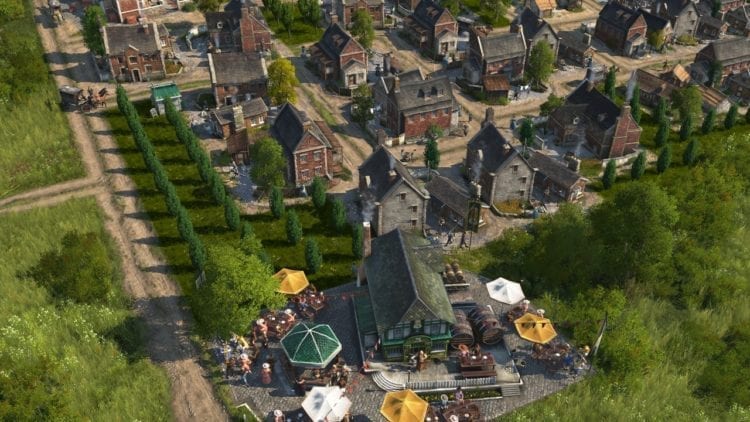 A quiet little town from the sandbox game.

As you progress further in the game, you’re bound to make a number of choices. For instance, you may need to upgrade farmer houses into worker houses. As they are the backbone of your industry, you’ll have to decide which are more important. If you upgrade your workforce, it means losing a number of people who can till the fields or harvest the crops. However, if you remain stuck in the old ways, you won’t have anyone to make soap or smelt iron ore.

As your island thrives, it will soon attract tourists. In doing so, they’ll add to your income. Do be forewarned, however, that they’ll dislike it if your city is too polluted or “smelly.” You can push your workers to increase production at the risk of making them unhappy. As your businesses boom, so too will you encounter more activists and rioters on the streets. 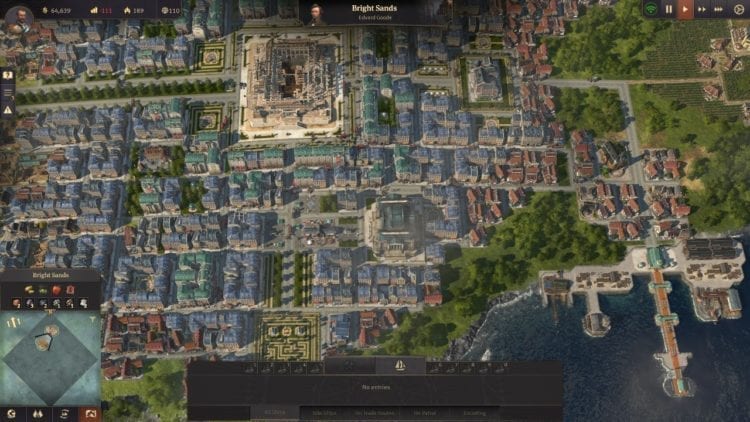 All of that, however, comes much later on. Newcomers such as myself would probably spend the first few minutes of Anno 1800 marveling at the picturesque scenery of the game world. From snowcapped mountains to lush forests and jungles, as well as rolling hills with a herd of deer or buffalo, the immaculate beauty of nature surrounds you. Sadly, it then gives way to the hustle and bustle of city life.

With large landmasses before you, you’ll need to plan ahead. Every house and every building must be connected via roads — and while all roads don’t necessarily lead to Rome, they do need to lead to your trading port. Optimal logistics management is key as supplies move to and fro production facilities and warehouses. Thankfully, Anno 1800 also has a Blueprint Mode. From here, you can pre-plan for structures you don’t have the resources for, constructed only once you’ve obtained them.

Whether you’re just starting out or ruling a metropolis, Anno 1800 gives you a sense of a living, breathing world. Random citizens chatter and grumble. Some might quip about living a hard life, and others might celebrate recent events, all with typical British aplomb. 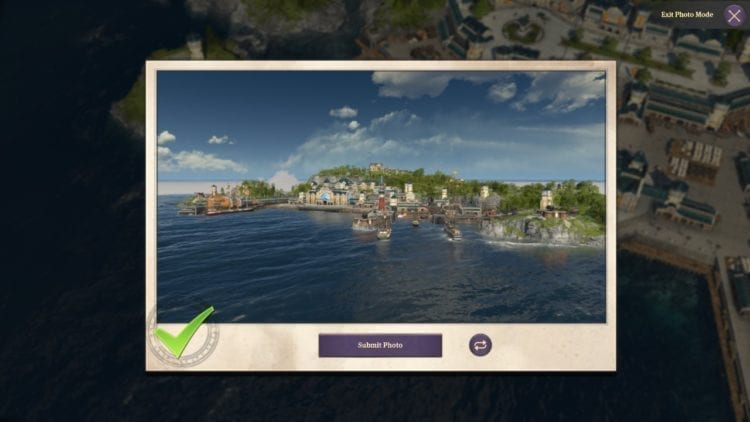 So far I’ve mostly talked about building your city, but Anno 1800 is also about navigating the seas. The waters are clear blue — serene, in many cases — as your ships sail from one island to the next. You’ll need to establish trade with other locations to boost your income. Also, you might discover new lands beyond the horizon or even some quests for you to undertake. One of these, funnily enough, is as simple as taking a photo (seen above).

Although I mostly played it safe throughout the game, naval combat is a major component. As you boost your economy, you’ll need to look to your defenses. Your mines allow you to build shipyards, while wool leads to sailmaking. Next, you’ll start making cannons and warships to rule the waves.

You can check out the video below, which is a demonstration of naval combat during the alpha:

Anno 1800 also has an intriguing campaign. Once you’ve created your character, you find out that your carefree life in a corner of the world is no more. You set out with your advisor to meet your sister. As it turns out, your father has been imprisoned for a crime he did not commit.

Your dad has since died during his imprisonment. Who else swoops in to seize the family’s riches? Why it’s none other than Edvard Goode, your uncle! As dastardly uncles go, Edvard would make Hamlet’s King Claudius blush. 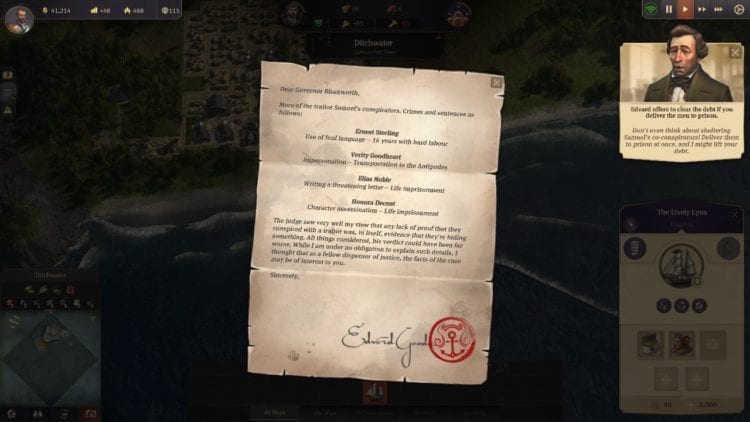 At the upper right-hand side of the screen is a gentleman with a very punchable face.

Your sister manages to buy a piece of land to call your own, settling with those loyal to the family. Like sandbox mode, you start expanding your town until it becomes an industrial powerhouse. The difference this time around is, of course, there are a number of missions for you to undertake. Some might require acceding to Edvard’s demands to pay off your debts, while others might task you with rescuing political prisoners. It’s the age-old tale of starting from scratch and rebuilding to stake your claim.

Although I was only able to play the first chapter, I have the feeling that it’s a story I’d like to see through to its conclusion. With sublime visuals and vivid atmosphere, Anno 1800 has definitely piqued my interest. As someone who’s never played an Anno game before, I honestly wondered what I’ve been missing all this time.

By Cameron Woolsey18 hours ago
Previews