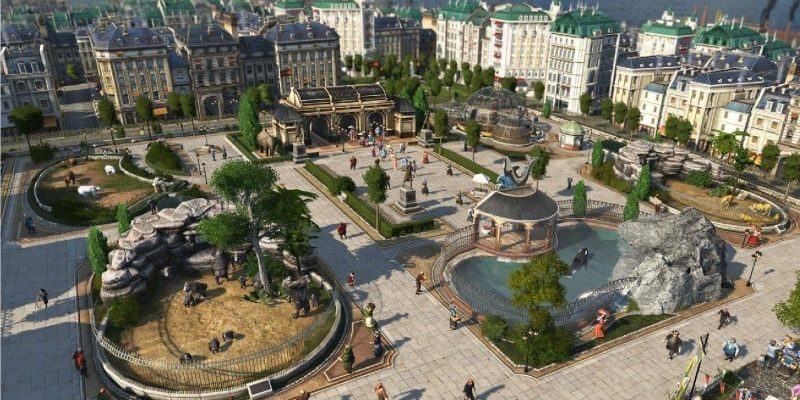 It’s a momentous day for Anno fans everywhere given the release of the latest in Blue Byte’s long-standing franchise. Anno 1800 takes you straight to the heart of the Industrial Revolution as you grow your island to newfound prosperity. Your journey, however, doesn’t need to end there. The season pass and free content/free update plans for the future have been recently announced by the developers. 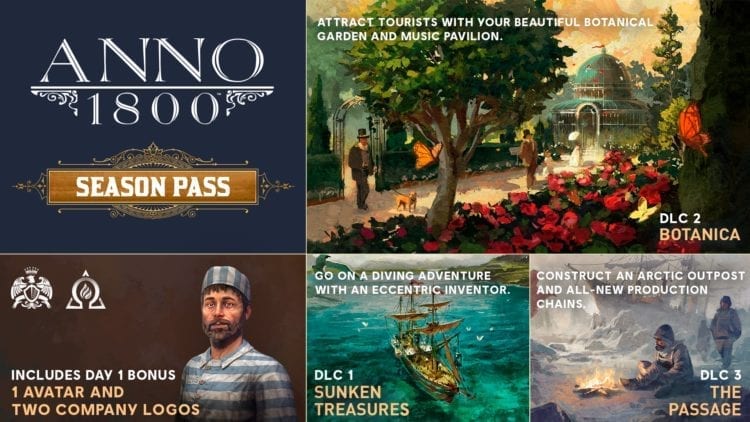 Fresh off the high seas is the first DLC, Sunken Treasures. This one will add a new European session or match type, complete with a huge continental island. You’ll also accompany an inventor as you dive down the depths to hunt for treasure.

The second DLC, Botanica, is all about beautifying your city and creating a unique ambiance. The new modular Botanical Gardens will bring more tourists to your settlements and you can even obtain various items. You can also build the Musical Pavilion which will, no doubt, be a treat for long-time Anno fans. The building will let you play tracks from older Anno games.

The third and final DLC, The Passage, seems very intriguing. That’s because it’ll allow you to sail through the Northwest Passage to make your way to the Arctic Circle. Once you establish an outpost, your perilous journey is still far from over. From there, you’ll need to build new production chains and create various goods, all while battling the inhospitable climate.

Although separate from the Anno 1800 season pass, you can also choose to upgrade your base game to the Deluxe Edition which adds The Anarchist, along with some additional digital goodies. The Anarchist is an AI opponent you can play against in the future.

Last, but certainly not least, Blue Byte will be quite busy since they’re planning on rolling out free content updates, game balancing tweaks, and bug fixes in the future. Co-op mode will be available soon, allowing you to build islands with a friend. A new statistics building will also make its way into the game, letting you know more in-depth information about your goods production and output.

On a personal note, I’m also hoping for tweaks to the trading system to make it more involved and in-depth. Those are one of my gripes as noted in the official review. Also, a few tweaks to naval combat and those darn AI dialogue pop-ups would certainly do wonders. Likewise, perhaps something that the developers ought to look into would be performance optimization. As mentioned in our tech review, performance drops were a given even though you’re well above recommended specs.

All in all, the future looks bright for Anno 1800 with its season pass and free content updates. Your voyage has only just begun.

Borderlands 3 Boxart Contains Secrets To Be Revealed In May