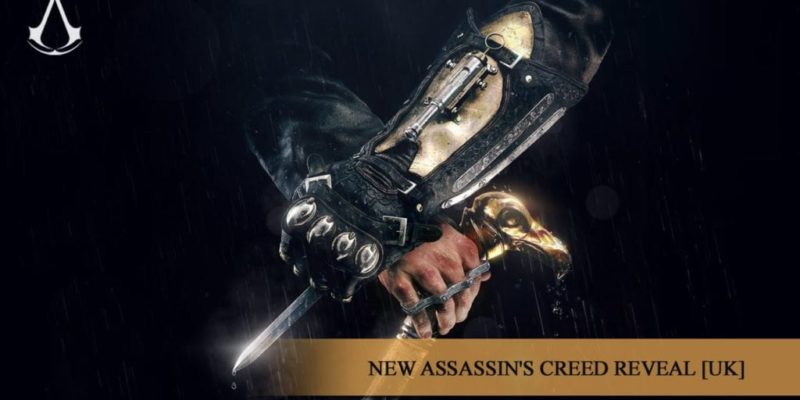 There’s an announcement, everyone! Ubisoft have announced that they’ll be making an Assassin’s Creed announcement!

Which basically means that they’re going to be revealing Assassin’s Creed Victory, which isn’t much of an announcement because it got leaked quite some time ago. I suppose it might have a different name now, though, and I guess that’s all idle (but informed) speculation because they haven’t officially said anything yet.

No, all they’ve said is that the announcement will be made at 5pm UK time on 12 May. It has the tagline “OPPRESSION HAS TO END” and a lovely shot of someone’s hands. Those hands are holding a cane, and one hand has brass knuckles, and there’s a hidden blade, and it’s raining. Canes and rain? Yeah, that’s probably Victorian England, and now I’m very bored of speculating.

You can see the pre-announcement announcement trailer below, which is a shot of someone’s hands in the rain. Next-gen hands, everyone! The future is now!

Wasteland 2 owners all get a free GOTY upgrade