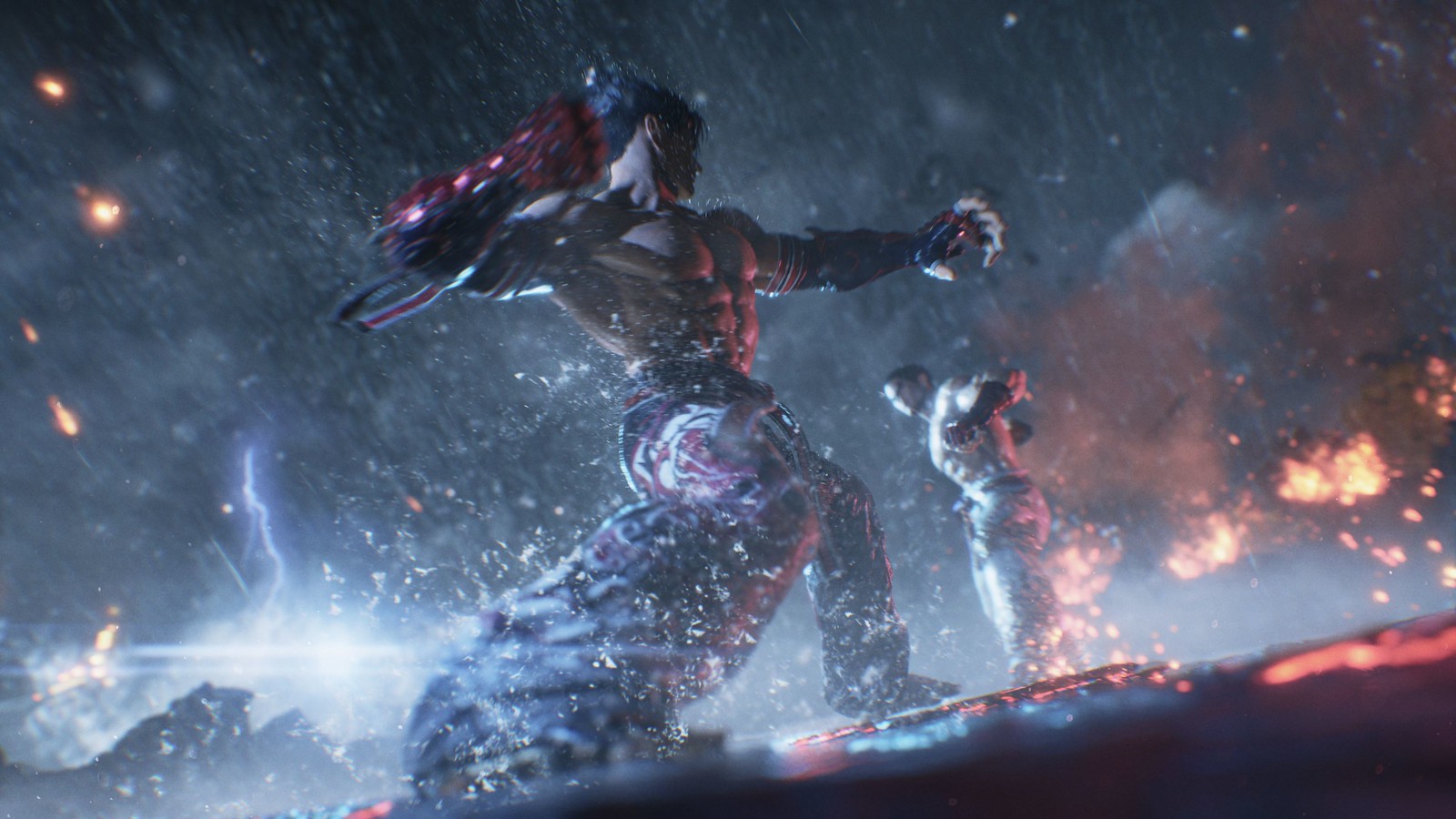 Back at EVO 2022, Bandai Namco unveiled a brief trailer that revealed the existence of an upcoming new game in the Tekken series. It seemed fairly obvious that this trailer served as a teaser for Tekken 8, but the absence of the game’s title meant that there remained at least a little room to speculate over what Bandai Namco had in store for us. But during today’s PlayStation State of Play, Bandai Namco removed any potential doubt and confirmed that the next Tekken project is indeed Tekken 8. Of course, this announcement came with a new trailer in all its 2160p 60 fps glory.

The trailer depicts Jin Kazama and Kazuya Mishima having the grand showdown that Tekken 7 teased in its story mode. Both combatants stand amidst a raging storm, complete with incessant lightning strikes and towering tornadoes looming in the background. In the middle of all this chaos, Kazuya and Jin exchange blows in a series of scenes that transition smoothly from cutscene to gameplay. Near the end of the trailer, Jin activates his devil powers to deliver a powerful electrified punch to Kazuya. Soon afterward, chains break apart to form the shape of the number eight before the trailer finishes with the game’s logo.

The cutscene-to-gameplay transitions imply that Tekken 7’s dynamic story mode battles will make a return here. These would be great to see again, but it would be even better if Tekken 8’s story mode isn’t as haphazardly paced as it was last time. Tekken 8 would also benefit immensely from more substantial story scenarios and endings for characters that do not feature prominently in the main campaign, as Tekken 7 took a massive step back from previous installments in that regard.

All in all, the trailer already makes Tekken 8 appear quite the step up from its predecessor, at least from a visual standpoint. The end of the trailer does not give away a release window for the game, only displaying the words “stay tuned.”

Judgment PC review — A Yakuza by any other name