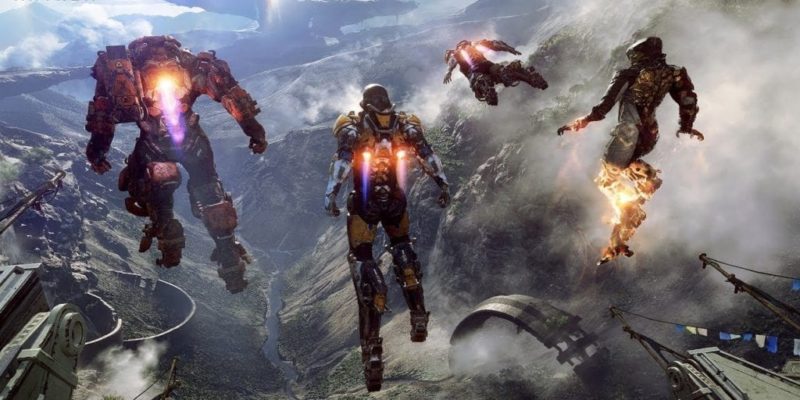 E3 2017 was packed with new announcements, and one of the standouts was BioWare’s Anthem. Now, with the reveal that you can pick the texture or material on each part of your character, it’s looking even better. In a recent live stream, employees from the dev team showed off the actual creation process. Just remember that the game is still in its alpha phase, so it does still need plenty of work.

These customizable suits are the Javelins, which are of course the pilotable creations the characters wear in the trailers. And while I would expect the four classes to have some customization, I would never have expected you’d be able to pick out the actual material the parts are made with.

There Are A Lot Of Options 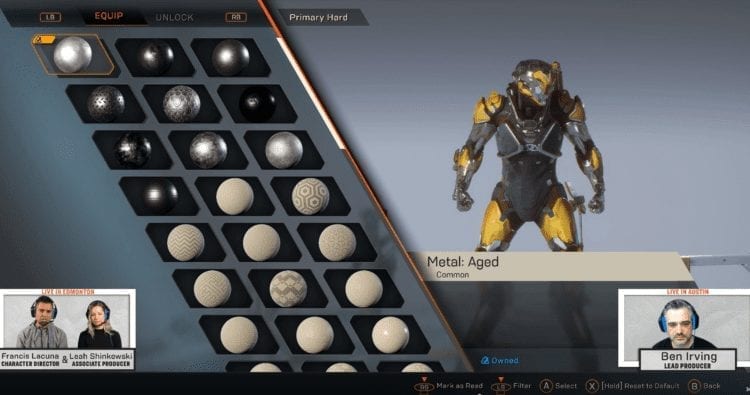 First and foremost, there is a lot to this menu, and not all of it is good. But I’ve never seen a character creator where you can customize the wear and tear of your armor or its animations. So that alone is exciting to see. We’ve actually already seen parts of Anthem‘s customization menu in recent months, but this is the first look at the entire “material” section of it.

Honestly, though, it almost looks like you’re building your Javelin in a 3D modeling program. The different textures and materials are displayed on a default orb, and they all look like different standard textures in something like Zbrush or Maya. Personally, it feels a bit cheap to me. Like it’s a college student project or something.

But odd choices aside, players can actually pick what textures they want their armor to have. You can make your helmet look weighty and dense with the press of a button, or cheap and almost plastic just as easily. It’s an aspect of personalization not many games give to players.

Giving Players So Much Freedom Is Risky 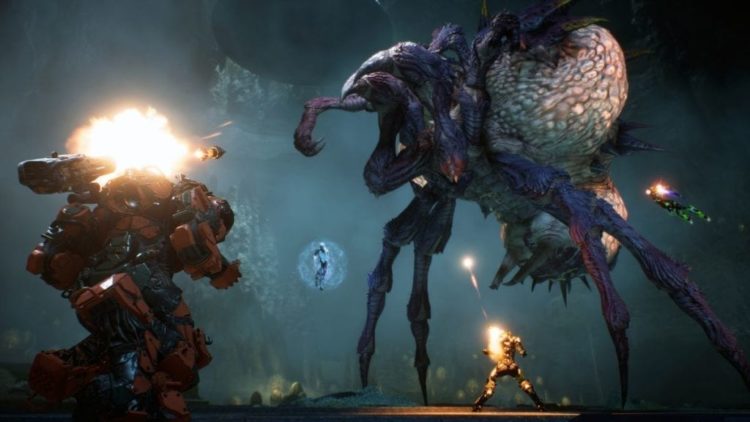 Usually, games avoid allowing textures to be customized because there’s such a high chance of it looking awful. Players could make their Javelin look terrible and then find a way to blame it on BioWare. It’s a risk for sure. But I’m glad BioWare is being brave with Anthem and letting us tinker to our heart’s content. Honestly, it means I’ll be spending six hours instead of one in the initial customization phase. And that’s a good thing.

If you really want your Javelin to look good, it’s going to take time. And that’s not even taking the four different Javelin variations into account. Remember there is the Ranger, Colossus, Storm, and Interceptor classes for the Javelins, and each suit has a widely different base design. So it’ll be exciting to see just how varied players can look from each other.

Personally, I’m going full Colossus. I just love tanky, hard-hitting classes. With that in mind, I can push the already lumbering design of the Colossus, and make it look so heavy it might as well be made of Dark Matter. But that’s just me. What about you? Did this open a world of possibilities for you? Are you a bit more interested in BioWare’s own take on the Destiny format? Let us know in the comments what you think of this new aspect of customization!

This War Of Mine: The Last Broadcast DLC Review – The Fourth Estate