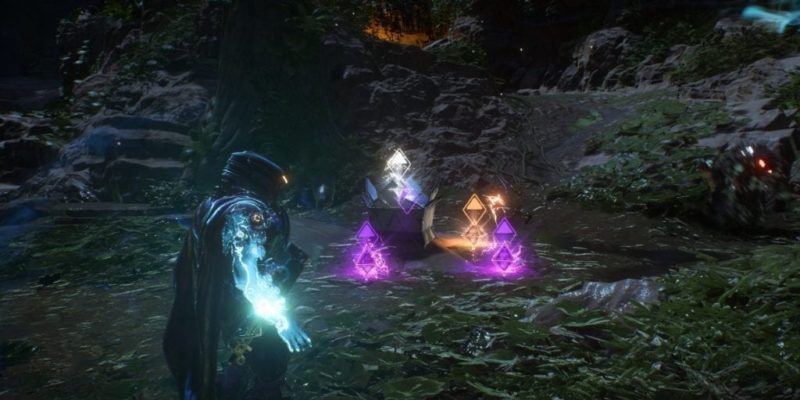 Anthem has had a slew of issues, and we’ve detailed those in the past. One of those issues happens to be its loot system. If you checked out our official review or our in-depth guide, I outlined how some drops can be completely underwhelming. Certain items may have a higher tier of rarity, but they’d have mind-boggling rolls that have nothing to do with that item at all. Another issue would be the frequency of common and uncommon drops (whites and greens) for high-end activities once you’re level 30.

Well, fear no more because BioWare has heard the feedback from many of Anthem’s players. They’ll be tweaking how loot is handled as you can see from this Reddit post. 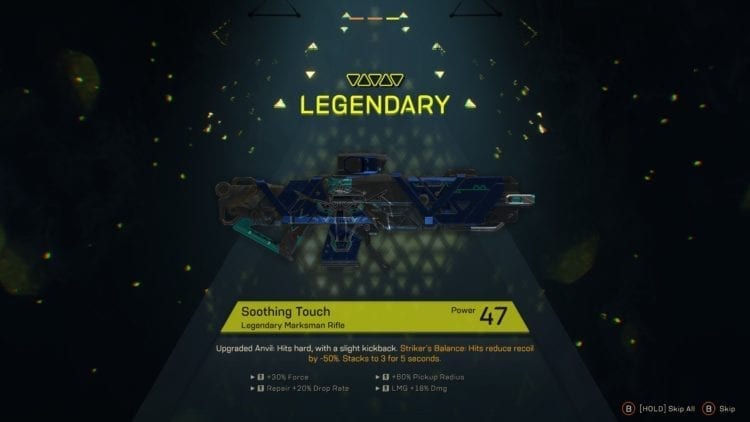 Oh, a legendary Marksman Rifle that increases the ammo for a gun I don’t use!

First off, common and uncommon items will no longer be part of level 30 drop tables. That wind you feel around you is the collective gasp of thousands of Anthem players expressing jubilation. “This was a highly requested change and we agree, so that’s that,” BioWare rep BenIrvo noted in the post.

Secondly, there’s a small tweak for crafting. Before, you needed 25 masterwork embers to craft a masterwork-tier item. With the fix, you’ll only need 15. That’s definitely helpful given that you’d need a lot of prayers to RNGesus to get all the rolls you’d want.

Finally, speaking of rolls, BioWare will be fine-tuning the rolls that items would be receiving. Gone are the days when you would get an auto rifle that had “+pistol damage” as a modifier. We know, it makes absolutely no sense but that’s how it was initially. Affixes would now be more in-line with the type of item you received. Likewise, BenIrvo also explained the affix/modifiers system for rolls. In Anthem, these are known as “inscriptions” but, hey, we’re using general gaming terms.

The primary inscriptions will focus on dealing damage or having more survivability. An example of this would be a “+weapon damage” affix. The secondary inscriptions, meanwhile, are utility boosters that neither improve damage nor survivability. As of now, a guess would be rolls such as “+speed” or “+harvest.” Also note that this applies to all drops moving forward, and not the items you’ve already collected.

We’ll check out the Anthem loot update once it’s live. BioWare notes that it should be implemented either today (February 28) or tomorrow (March 1) at US Central Time. Right now, we’re just waiting for the “go signal” since we’ve got Legendary Contracts to complete and don’t want silly rolls on our masterwork components again.

ToeJam & Earl: Back in the Groove Review – Groovin’ On Up