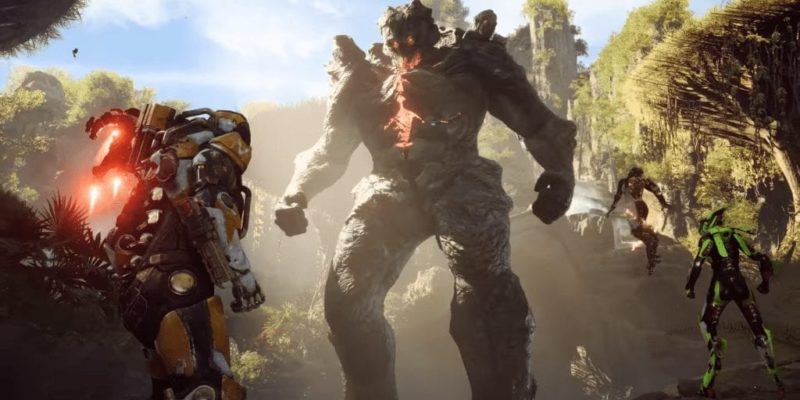 Have you ever wanted to play a game where you get to control a mechanized death machine, fighting aliens and wildlife alike? Well, the Anthem VIP Demo is probably still loading for you. Unfortunately, this demo is seeing a lot of issues with server access and load times.

To be fair, these sorts of problems often happen with any online game releasing an alpha, beta, or demo. But it’s not a good first impression for Anthem, and it’s surely not how BioWare wanted their next major game to kick things off.

As stated, Anthem is seeing some unexpected issues with server access. Half the time, when you make the roulette spin to attempt to connect to the EA servers, the game says that they are full or that Anthem is currently unavailable. Fortunately, EA is aware of these issues and has already pledged to add additional server capacity. Hopefully, given a little more time, these issues will settle down.

Unfortunately, those aren’t the only issues the demo is seeing. Reddit has an entire thread for users to report them, and one in particular is causing players to experience infinite loading times. I ran into this myself when a buddy and I tried to pair up for a mission. The only way to fix this was to close the game, resetting the whole process.

Sure, this is all pretty standard for an early release sort of thing. But, it’s usually seen more in alpha or beta tests. Finding these sorts of problems in something labeled a “demo” – let alone one for VIPs – is not inspiring much confidence in Anthem.

I really tried to at least get a bit of playtime on this game, as I love the concept. I made five different attempts to play it since this morning. The closest I got was when a friend and I both made it in after about 30 minutes of trying. But, that’s when we had our previously-mentioned encounter with the infinite loading problem. And, from what I’ve read and heard, the loading times are so long across the board that you’d think the game froze constantly.

Suffice to say, I think if you managed to get into the Anthem VIP demo, give it a bit of time. It lasts until Sunday at 6:00 PM PT, so you’ll still have tons of opportunities to fly around in your Not-An-Iron Man-Suit to your heart’s content. But as it is now, the demo is rife with bugs and issues.

What about all of you? Have any of you made it in and actually played the game? What are your thoughts so far? Please, someone, just tell me if the Colossus is fun.