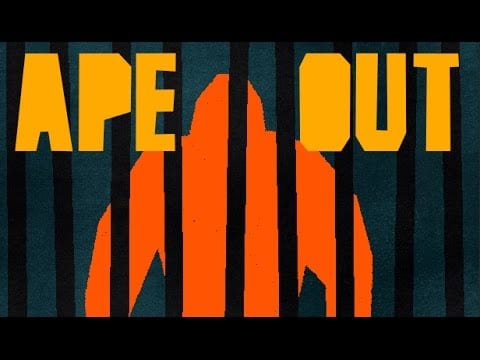 Indie developer Gabe Cuzzillo has been working on a game called Ape Out in which you play a gorilla hell-bent on escaping and causing as much carnage as possible.

Described as a “stylised smash ‘em up about primal escape, rhythmic violence, and frenetic jazz”, this is one weird game where you have to race around taking out guards with guns, ripping open doors using them for shields, grabbing guards as human shields, and simply smashing stuff up.

We must also touch on the soundtrack which is a mental cacophony of drum beats as you race through the levels. It’s very odd and perhaps not for folk who can’t stand a jazz free for all.

If you want to take it for a spin there’s a playable demo on Steam now. Get that controller out and smash some heads.

Psychological horror The Crow’s Eye gets a release date