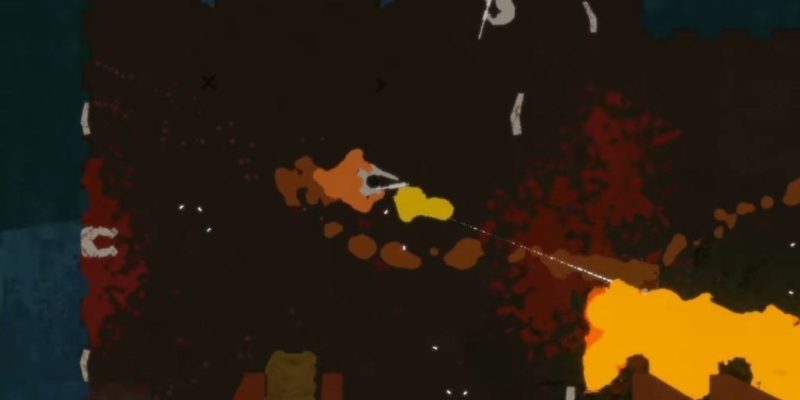 Ape Out, a game starring an escaped ape throwing dudes around, has been delayed until the end of the month. It was meant to release this Thursday, February 7. Instead, it will break out on February 28.

The cause of the delay seems to be something regarding framerate issues. The developers of Ape Out, coming to both PC and Switch, have aimed for a full 60 frames-per-second (or better). It seems that, for whatever reason, the game hasn’t matched that bar. At least, we’re fairly certain it can on PC. As for the Switch, well, the game doesn’t appear demanding enough.

“Developers Gabe Cuzzillo, Matt Boch, and Bennett Foddy demand that all Ape Out enthusiasts get 60 frames in each glorious second of the game and Devolver Digital was helpless to stop their madness,” explained the press email.

Ape Out is coming from Gabe Cuzzillo and publisher Devolver Digital. The premise is as simple as the name. This game stars an ape, and he wants out. The gameplay is vaguely reminiscent of another Devolver game, Hotline Miami. As an ape, you use your massive strength to grab and toss enemies into walls, showering the room with blood and body parts. Or, you can toss them out of windows (this, naturally, begs the question of how an ape managed to get up a skyscraper in the first place). You can also grab gun-toting enemies and use their weapons against others.

The game has a procedural soundtrack, much like Rez. Drums beat rhythmically in the background, as cymbals crash every time the ape kills an enemy. I haven’t played the game yet, but watching the trailer released today, the soundtrack may be the only audio in the game. But it’s a fun beat, so I doubt typical game audio will be missed.

Ape Out crashes onto PC via Steam and GOG on February 28. You can try out the demo by going to the official site.