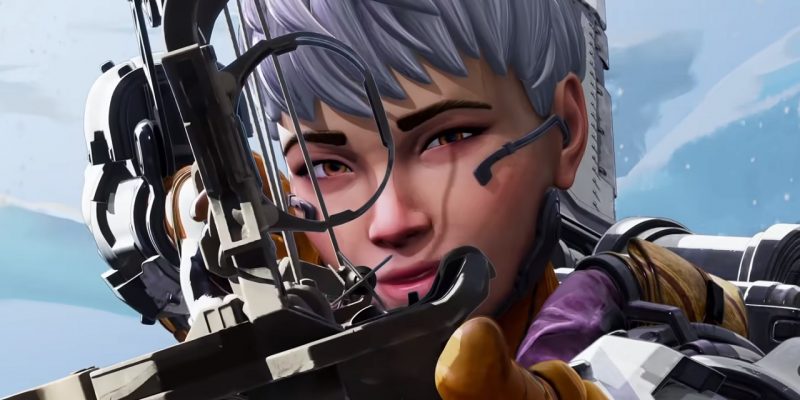 As all first-person shooter games eventually do, Apex Legends has added a bow with the latest update to the game. The Bocek Compound Bow falls into the newly made Marksman weapon category and fires arrows — an ammo type unique to the weapon. The Bocek doesn’t feel like any of the other weapons in Apex Legends, but this guide will have you summoning your inner Legolas in no time.

There are a few mechanics you need to get comfortable with when using the Bocek. The first is the draw and fire mechanic. Every other weapon in the game fires whenever you click. With the Bocek, the longer you hold down fire, the more damage your arrow will do. You’ll fire at maximum velocity and damage after about half a second. Your character will tilt the bow vertically to indicate it is fully drawn.

You can fire the bow reasonably quickly without drawing it, but the damage is far less. Plus, the projectile is slow, and the bullet drop is extreme, which makes it hard to hit enemies. If you’re looking for a rapid-fire solution, the Bocek is not the weapon you are looking for. You’d be much better served by using an SMG or assault rifle.

Arrows are fairly rare around the map. So, remember that when you fire an arrow into a wall, you can retrieve it to use again. I think that’s a seriously cool mechanic Respawn Entertainment implemented. I love that kind of creative thinking.

A maximum damage body shot from the Bocek will deal 60 damage. An instant shot, with no draw, will deal 25 damage. As for the headshots, a target with no helmet will take 105 damage when the bow is fully drawn and 31 from an instant shot.

The two weapons I find most similar to the Bocek are the 30-30 Repeater and the Longbow DMR. They have a similar playstyle, so let’s compare the numbers. When fully charged, the 30-30 does 57 damage with a body shot and 100 with a headshot. The charge time is also half a second, so it just nets out to less damage. Plus, the 30-30 takes a really long time to reload.

As for the Longbow, it deals 55 damage with a body shot and 118 damage with a headshot. So, if you can hit heads with the Longbow, it’ll deal more damage than the Bocek. Plus, the Longbow does have a faster rate of fire. The difference between the bow and sniper rifle is going to mostly come down to preference and playstyle.

However, you can equip the Scatter Caps hop-up to the Bocek and it turns into a shotgun. Scatter Caps will turn one arrow into multiple projectiles. Hitting an enemy with all the projectiles will deal 77 damage. This means you can use the Bocek at very close range in a pinch. It’s not ideal, but if you hit your shots, it’s very effective. 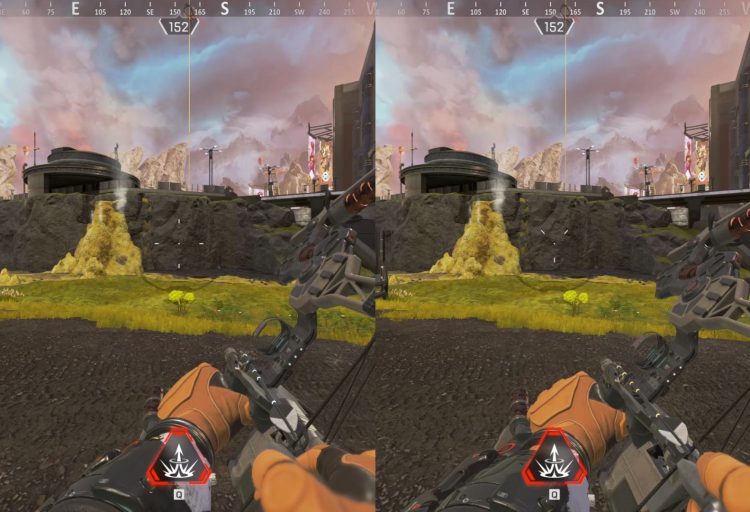 The superior body shot damage numbers alone make it a good choice for players who like to battle at medium to long range. With the added versatility of Scatter Caps, the Bocek is a very solid choice for all players.

An arrow in the dark

One of the best aspects of the Bocek in Apex Legends is that it makes very little noise and has no muzzle flash when firing. Other weapons can be heard from far away and can be easily seen across the maps. As a result, getting into a protracted battle with other weapons can often get you killed by a third party. You can see the arrow projectile in flight, but it’s far less noticeable than bullet tracers. And without a muzzle flash to give away the origin point, spotting Bocek wielders is tough.

The Bocek is the perfect weapon to initiate fights. If you spot an enemy that hasn’t seen you, you can take shots at them with the bow without fear of being heard. If you’re not in an obvious position, they’re unlikely to be able to find you while you continue to harass them.

This also makes the Bocek brilliant for joining fights as the third party. You don’t need to rush and battle. You can quietly sit back and perform your best Legolas impression while the enemies fight. They’ll be none the wiser that you’re even part of the battle.

The best way to use the Bocek in Apex Legends

Due to the bow’s high damage per arrow and its stealth capabilities, it’s the perfect weapon to fish for openings. One headshot with the Bowcek will crack almost all armor types. Alternatively, two body shots will crack all but the highest level of armor.

So, take your bow to a safe position, preferably an elevated one, and fire at any enemies you see. If you manage to land a shot or two, immediately push with your team. You can throw grenades as you close for additional damage and pressure. Ideally, one member of your team has an ability that can close the distance with the enemy quickly – like an Octane Jump Pad or Pathfinder Zipline.

The Bocek is excellent for peeking because you can eliminate its biggest weakness by pre-drawing the bow. If you see an enemy when you peek, all you need to do is lift your finger off the trigger for an instant full damage shot. Plus, your movement speed is reduced by only 15% when ADSing with the Bocek. This means you can still strafe effectively and move in and out of cover very quickly, giving enemies less time to try and hit you.

I like to pair the Bocek with an assault rifle. I think it compliments the weapon nicely by being able to deal effective damage at medium to close range. However, an SMG will do the job too. Particularly, if you’re rushing in close to enemies once you land a hit with an arrow.

My favorite scope for the bow is the 3x HCOG ‘Ranger’. I think it feels very comfortable at the ideal range to use the Bocek. The 2x HCOG ‘Bruiser’ also works nicely if you prefer a less zoomed-in feel. However, if you use either of these two scopes, you’ll need to hip fire the bow at close range. Thankfully, and possibly unbalanced, the bow is 100% accurate when hip-fired.

As I said upfront, the Bocek Compound Bow will feel awkward at first. After just a few games, it will begin to feel a lot more comfortable. Once you get the hang of it, you’ll never want to put it down. I suspect Respawn will need to tone down the weapon’s numbers with the next patch. Maybe just a slower draw speed would be enough to balance it out.

If you’d like some pointers about something other than the Bocek, you should check out our Apex Legends guides and features hub. There’s a brand-new guide for the new Legend, Valkyrie, over there.

Jagex is running a Mental Health Awareness Week in RuneScape