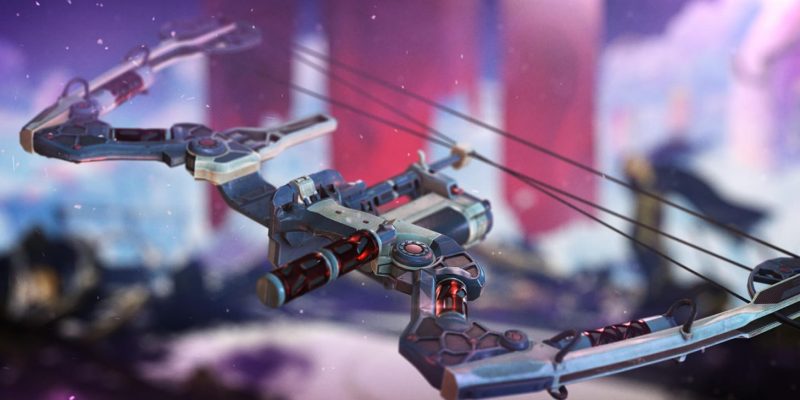 The Bocek’s time at the top of the weapon ranks was short-lived. In a follow-up patch to the Apex Legends Legacy update, Respawn Entertainment significantly nerfed the Bocek Compound Bow and tweaked the damage numbers on the Spitfire.

The announcement was made by Respawn on Twitter and includes a bunch of fixes to the new Arenas mode as well. You can check out the short list of changes that will be added to the Legacy update patch notes in the tweet below.

The nerfs to both weapons were expected. From the moment players got their hands on the Bocek, it performed far above what any single weapon should. As for the Spitfire, it’s been a little too good for some time now.

Later today these changes will be added to the Legacy update patch notes at this link: https://t.co/X7ihMfTuHF

See the full list of changes early in the image below: pic.twitter.com/681FJLyB1o

The Bocek nerf means it now deals 10 less damage per arrow, which is a big deal in regards to its overall effectiveness in Apex Legends. The damage nerf also means that it will take you four bow shots to down a player with Level 3 Armor or higher.

I hoped Respawn would nerf the fire rate of the bow rather than the damage. That change would have allowed the bow to be highly lethal, but each shot being more important. If the devs had combined a large reduction in fire rate with the change in the number of arrows per inventory slot, it would have resulted in a weapon that operated much more like a bow than a gun. Regardless, it will be interesting to see how much the damage reduction impacts the Bocek’s usage.

The Spitfire’s damage has been reduced by just one, from 19 to 18 per bullet. Plus, its maximum magazine ammo capacity has been reduced from 55 to 50. These slight tweaks should bring the weapon down to an acceptable level. The Spitfire is still a very solid choice.

We recently put out a guide for the Bocek Compound Bow, as well as the new Legend on the block, Valkyrie. You can check them, as well as other guides, on our Apex Legends guides and features hub.