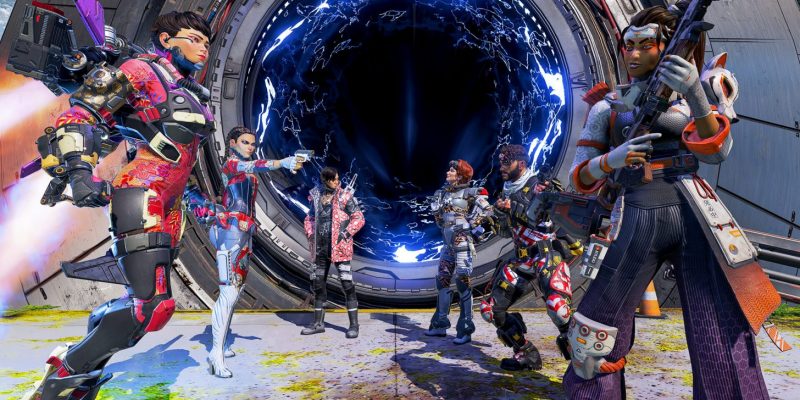 The new season of Apex Legends has released some brand new content into the game. This includes the addition of a new Legend named Valkyrie, an Olympus lost fleet update, and more. Apex Legends Season 9 has also seen the introduction of the first ground emotes. Up until now, players only got the chance to express themselves while skydiving into the battlefield. However, emotes can now be used at any time and anywhere on the map. Thanks to an apparent bug, the emotes have gotten even more entertaining with players being able to move around the map while using them.

A clip on Reddit demonstrates players using the emotes beyond their intended use. The players appear to be experimenting with the new emote feature in the firing range. With some good timing, you can pull off turning your Legend into their emote animation while moving. As a result, you can get into some hilarious situations. The Octane in the clip below appears to activate an emote while sprinting. Then, Octane throws down his jump pad which continued to slide forward. It doesn’t appear that the emote bug is limited to just Octane. The other characters on the team were able to move in unique ways.

Emote your way across the Apex Legends arena

The post was met with a positive response from fellow Apex Legends fans. Players managed to see the funny side and called for the developers not to fix the bug. It will be interesting to see if the developers do address the Apex Legends emote bug as it strays away from the intended way they are supposed to work. Until then, you may want to try the bug out for yourself with your favorite Legend. You can keep up with the bugs and glitches that the developers are looking into using the Apex Legends Trello Board.

So you can bounce around using emotes… from apexlegends