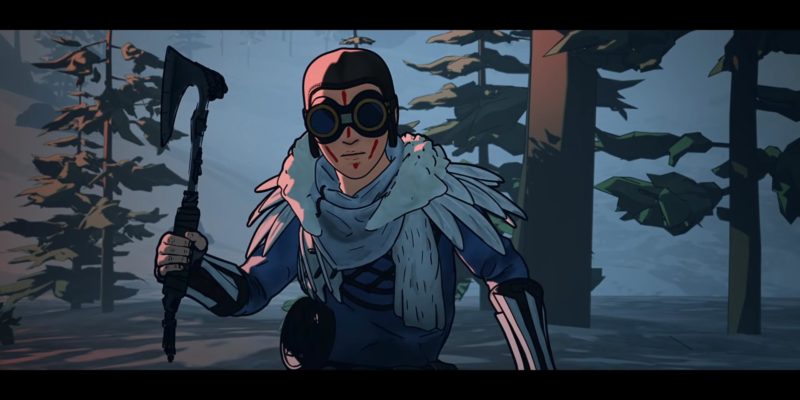 Bloodhound has always been one of the more mysterious Apex Legends characters. But with the latest Story from the Outlands, dubbed “The Old Ways,” we are starting to understand them a little more. Along with this new lore video, Respawn Entertainment will also introduce The Old Ways Lore Event. The event includes a Bloodhound Town Takeover, which has some interesting gameplay implications for the battle royale. It will run from April 7-21.

The Old Ways Lore Event is all about Bloodhound. So, the first thing you should do is watch the lore video. It’s ten minutes long but well worth the time. The video provides a glimpse into Bloodhound’s past and explains how their relationship with their uncle defined the character we know in the modern Apex Legends setting.

The town takeover will be called Bloodhound’s Trials. Located in the northwest portion of the World’s Edge map, this will serve as the first PvE (player versus environment) element added to Apex Legends.

For this event, players will battle a horde of prowlers and claim some high-tier loot as a reward. Of course, you’d be a fool to think enemy Legends will let you reap all the rewards without a fight. You’d best pick your battles carefully, then. It’s a high risk, high reward situation similar to the vaults or train.

The Old Ways event also brings some free cosmetics for Apex players to earn. These cosmetics are inspired by the Bloodhound lore video, and you can earn them by completing daily challenges.

You will also find a bunch of cosmetics available for direct purchase from the Apex Legends item store. Not all the items will be available all the time – except for the awesome Bloodhound Young Blood skin. You can see the schedule for the various cosmetics below.

The old and the new

Respawn also shared some more news that will surely get most players quivering with excitement. Starting April 7, Duos will be added to the game alongside the ever-present Trios mode. Plus, this update will introduce map rotation, granting players the option to play in both Kings Canyon and World’s Edge. And best of all, it looks like these two new features will be permanent.

There are a few other details also coming with the Bloodhound Apex Legends The Old Way Lore Event. You can check out the blog on the game’s official site for more info.