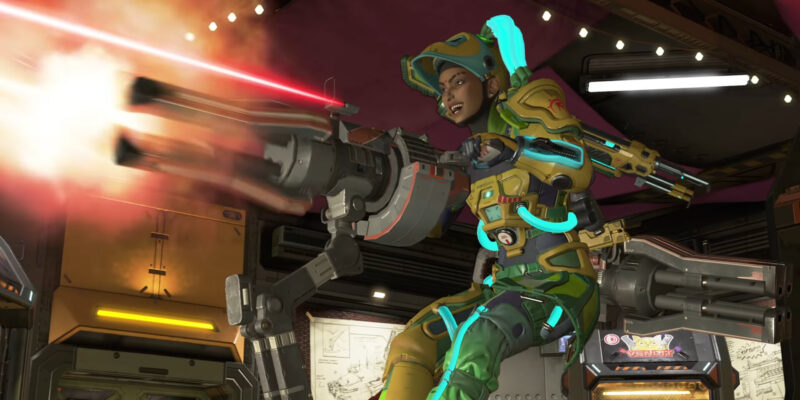 Last week, Respawn Entertainment announced the Apex Legends Evolution Collection Event. This time around, it’s all about Rampart. In the event, the master mechanic gets a Town Takeover and an heirloom item. She’s also taking charge of Arenas for a little bit. On top of that, there are a bunch of limited-time cosmetic items to collect. Plus, some Legends and weapons are getting tinkered with. The Apex Legends Evolution Collection Event comes complete with patch notes if you’d like to read through all the changes in detail.

There’s no indication when the Apex Legends Evolution Collection Event will end. But it kicks off today, so get stuck in.

Starting with the biggest change, Big Maude is rolling into World’s Edge. You’ll be able to find her and Rampart’s shop near Lava City. The main attraction at Rampart’s Town Takeover is the shop loaded with fully equipped paintball weapons. You can purchase them with crafting materials. But you’re going to need to save up to purchase these custom weapons.

According to the patch notes, there are also some lore tidbits sprinkled around Big Maude and possibly the surrounding paintball arena. So, keep your eyes peeled for those. 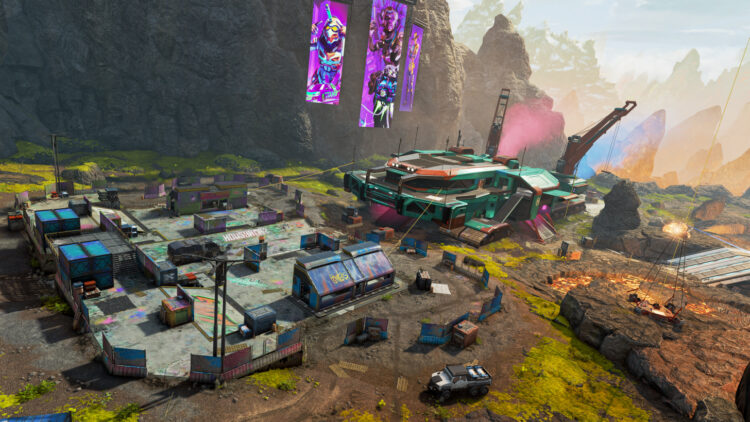 I always look forward to the new line of cosmetics that arrive with in-game events. I like to look at the in-store skins and not purchase them, then earn the free ones in the reward track. But the ones you can purchase are so nice to look at. The Rampart Cleanup Crew skin is particularly cool. You can also purchase all of the event’s cosmetics to unlock Rampart’s new Heirloom, Problem Solver. This is one of my favorite Heirlooms to date.

If you prefer to keep your money in your piggy bank, then the reward track packed with free items is for you. It’s certainly for me. There are some stylish charms for your guns, a decent Lifeline skin, and two weapon skins. The Triple Take skin looks incredible, and the Wingman skin isn’t bad, either. 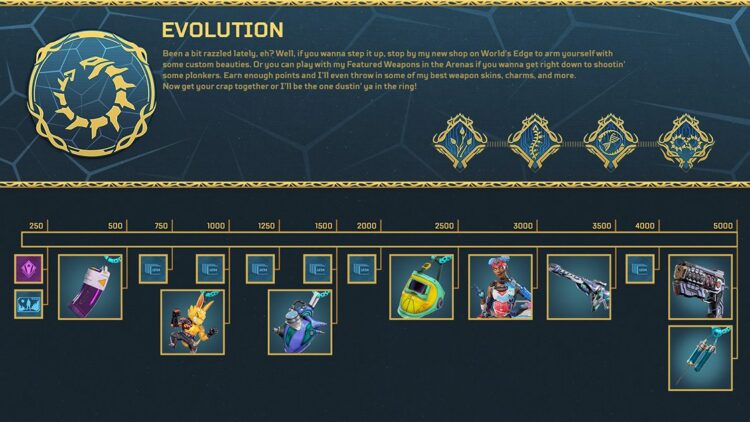 As you would expect from a Rampart-focused event, she gets the biggest change of the patch. When you activate your Ultimate ability, you will pull Sheila off your back. However, you don’t need to put it on the floor. You can now walk around with the massive gun and fire it without putting it down. In this mode, Sheila will only have one magazine. You can also put the gun away and draw it again if you have ammo, or the timer hasn’t hit zero.

You can still place Sheila on the ground if you like. If you choose to do so, it will work the same as before: infinite reloads, and your teammates can use it. 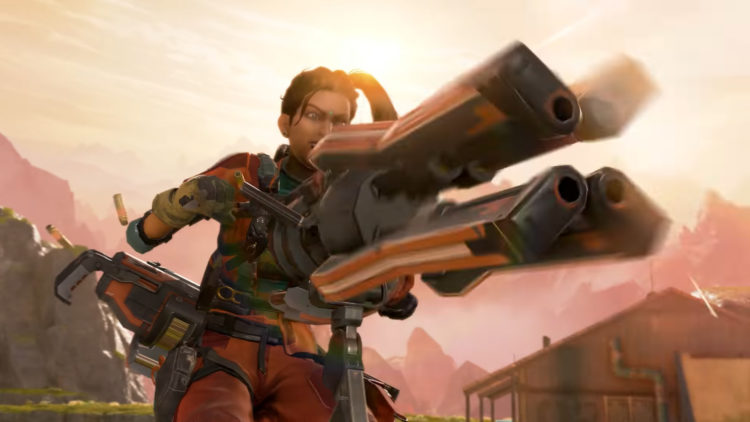 Octane gets a slight nerf with the Apex Legends Evolution Collection Event patch. The distance for the horizontal boost from his jump pad has been decreased by 10 to 15%. His Stim regen will also heal him for just one health per second, previously 1.5. The final Legend change is to Bloodhound. This is simply a quality of life update. When they ping a clue using their passive, it will also mention how long ago the event took place in the chat.

After starting out as an overpowered beast, the Bocek got hit heavily with some nerfs. Now it gets some slight buffs to make it a more viable option. Its draw speed has been increased from 0.56 to 0.54. When using the Shatter Caps hop-up, you now deal slightly more damage. Plus, you can now carry 32 arrows, up from 28.

The 30-30 Repeater also benefits from a Shatter Caps buff. When activating the hop-up, you now strafe faster, and the charged pellet multiplier has been raised from 30% to 50%. The Hemlock gets slight improvements to its hipfire accuracy and the reset of its hipfire. The EVA-8 and Mozambique’s headshot multiplier has been reduced to 1.25, the same as the other shotguns in the game. The Triple Take’s charge time has been improved slightly. It is now 0.8 seconds instead of 1.0.

Finally, the L-Star has been toned down because it was way too powerful. Its cool-off time has been slightly increased. Replacing an overheated lens also takes slightly longer. And the weapon will now overheat a few rounds earlier at all tiers. 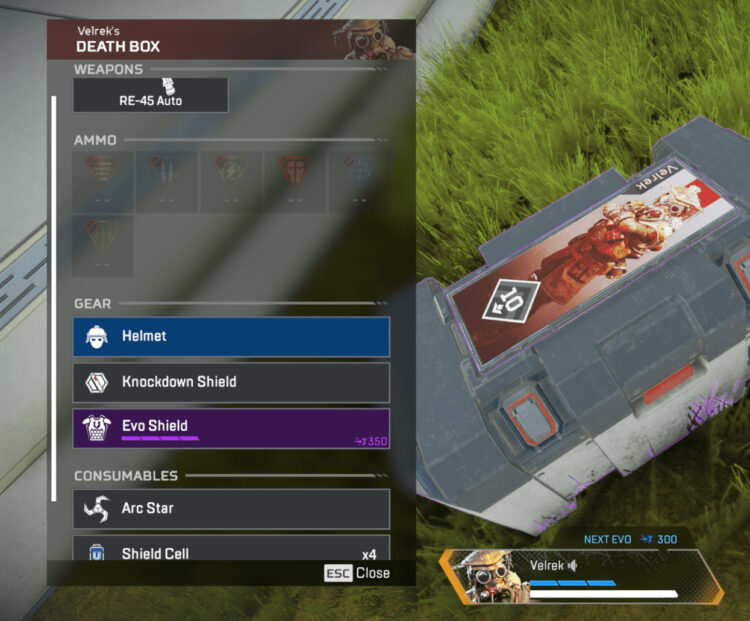 The Apex Legends Evolution Collection Event has ushered in some wonderful quality of life updates. Evo Shields will now display the amount of health they have in deathboxes. Plus, swapping from a Red to a Gold Evo Shield with more health will no longer require a long press.

The time you can be out of bounds is now just 15 seconds — previously, this was 30 seconds. And, the last thing you should know, the Early Leaver Warning has been made a lot more obvious. You will never accidentally leave a game again because you think your whole team is dead. My MMR thanks you, Respawn.

Arenas are also getting a mix-up with Rampart’s takeover. Every match, some weapons will be modded. This will make them more powerful, but you will only be available at high prices. The patch notes also cover a host of bug fixes I didn’t mention. If you missed the trailer for the Apex Legends Evolution Collection Event, you can check it out below.