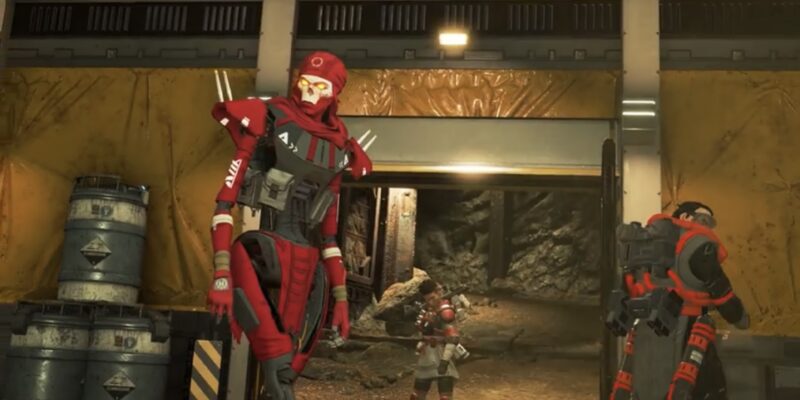 Apex Legends Season 10 has finally arrived. As always, the new season does not disappoint in the amount of content players can hop into. Season 10 has made map changes, added a new Legend for you to master, and much more. With the huge update, you may be wondering what cosmetics the developers could have in the works for upcoming events. An Apex Legends leaker has reported that Bloodhound and Revenant could be getting skins that appear to be in the theme of monsters.

Fans of Apex Legends are always eager to learn what’s next for the game. Thankfully, dataminers spend time searching through game files on the lookout for any upcoming changes or additions.

Apex Legends could feature some monstrous cosmetics in the near future

The prominent leaker known as GarretLeaks shared what they know about the Bloodhound and Revenant skins on Twitter. The leak shows off an unfinished Revenant skin. Even though it is still a work in progress, the design does express a monster-like aesthetic. There are many indicators suggesting that the Revenant skin could resemble a wolf. In addition, two sprays were revealed in the leak which show off a menacing Bloodhound skin.

The leaker notes that the Apex Legends monster skins could be based off the personal monsters of Revenant and Bloodhound. This would be an interesting angle for design. Moreover, the concept would allow fans to explore the characters more through these skins.

Perhaps the monster-themed skins could be planned for a Halloween event in October. It would make sense if the leak does relate to a collection event, as stated by GarretLeaks. However, without confirmation from Respawn Entertainment, it is unknown if and when these skins will appear in the game and what the end products will look like. Seeing as the new season just introduced so much new content, we’ll likely have to wait a while to find out.

All things currently for the "Monsters" (Codename) Collection event.
Considering Bloodhound is a simulacrum I think this may be based off the legends PERSONAL monsters pic.twitter.com/ii3LLMDoFk