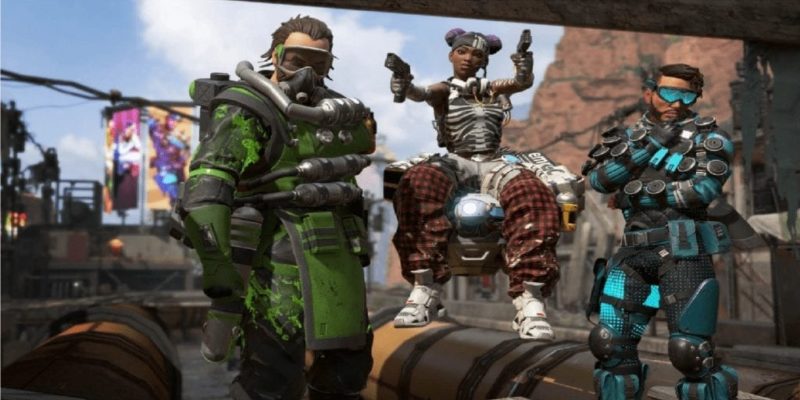 For many vocal gamers, the two most dreaded features in a game are microtransactions and loot boxes. At times, they’re considered greedy cash grabs, or perhaps a means to gain a sense of pride and accomplishment. Then again, there are instances when they can be implemented well, such as in Assassin’s Creed Odyssey, as we’ve previously detailed. In the case of Apex Legends, it’s a completely free-to-play game. There’s no ifs or buts about it — it needs additional monetization methods to stay afloat.

No matter how “pro-consumer” you are, saying that a free game can’t use microtransactions and loot boxes, or that it should remain free — period — would be one of the most unfair requests anyone can make. Now, the next question is the implementation, and I truly believe that Apex Legends does things fairly in that regard. 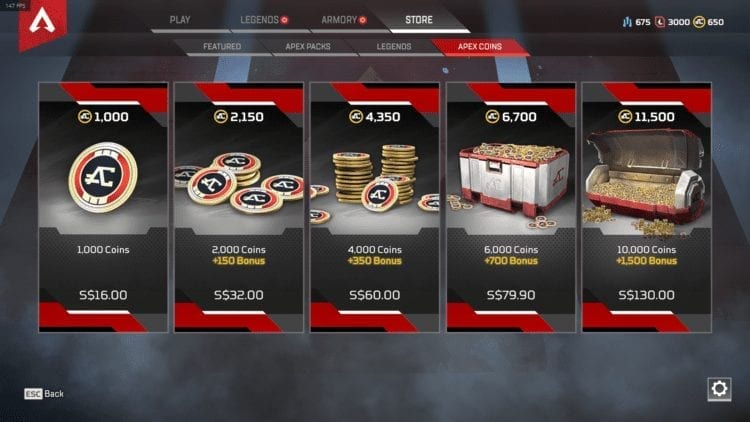 First and foremost, all the details are laid out for you once you check out the Apex Packs (loot boxes) panel. As you can see in the image below, the odds of receiving items (and their rarities) are included:

There’s also a “pity timer” or “mercy rule” which guarantees you at least one legendary cosmetic item per 30 packs that you opened. You also don’t get any duplicates, which means you can eventually complete your collection. The fact that the information is readily available is very much appreciated. 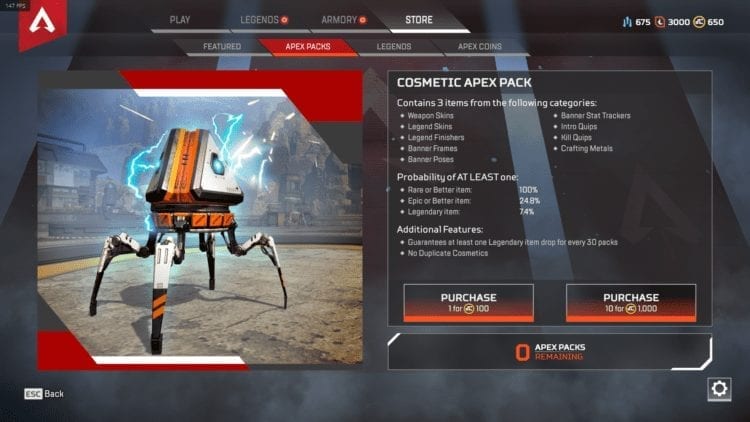 There are a number of games that have added premium items that can affect gameplay. Assassin’s Creed Odyssey, though a single-player game, does have some unique weapons. Destiny 2, which has cooperative and competitive modes, has tokens and ghost shells that can boost experience points. In Apex Legends, none of the purchasable items actually have any effect in-game.

Items such as weapon skins, character skins, profile frames, dialogue lines/quips, and badges are purely cosmetic in nature. In fact, the only way they can affect gameplay comes in the form of finishing moves. That’s simply because of the different animations that each sequence has.

Overall, none of the cosmetic items will help or hinder your gameplay, hence they offer no distinct advantage. As such, you’re collecting solely for the sake of having some extra tidbits and not really looking for something to help you win. 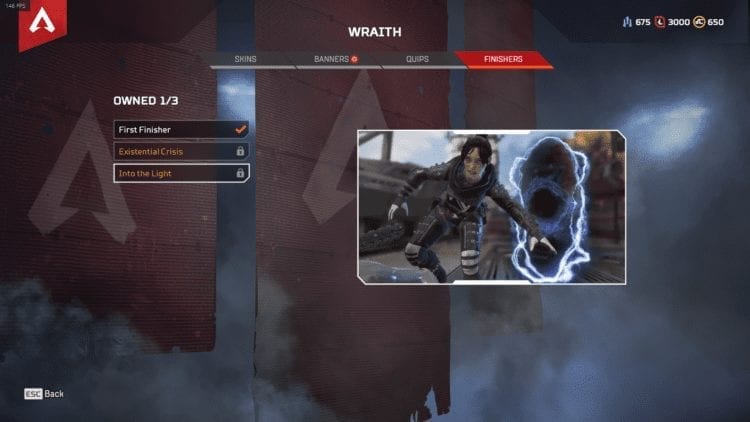 You Can Earn Them In The Game

Apex Coins are your premium currency, and the exchange rate is roughly 1,000 coins for $10 (though you get bonuses for bigger purchases). Still, you don’t actually need to spend anything. You can actually gain the other two currencies (crafting metals and legend tokens) from grinding.

Leveling up grants you currency and Apex Packs. It’s also possible to earn legendary rarity for currency, which means you get an even bigger amount. All it takes is some time and patience with the game — and likely a bit of skill to win or survive for longer periods. 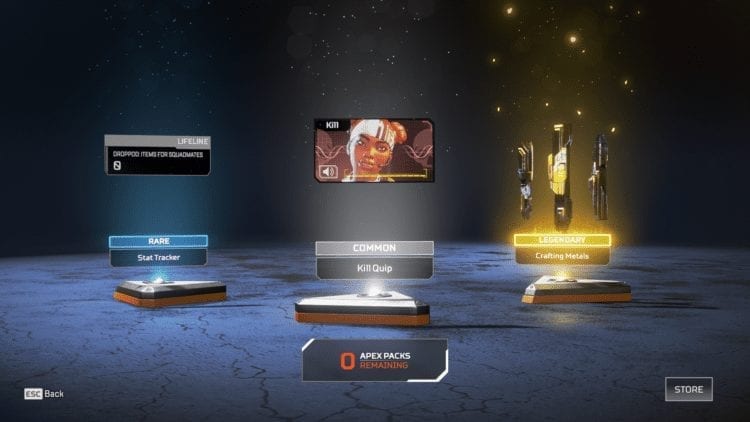 Locked Characters Are No Big Deal

This isn’t one of those “iconic characters like Darth Vader get locked behind a paywall that costs $80 moment” that would send Reddit in a furore. The two locked characters, Caustic and Mirage — both of whom players can purchase via in-game currency or premium currency — are not particular game-changers. You’re not guaranteed to win games just because you’re using them. Trust me, I’ve tried.

Both have their particular strengths as well as some glaring weaknesses. Caustic’s gas bombs are next to useless out in the open. Since he can’t throw them at great distances, you’ll generally use them indoors. Meanwhile, Mirage is a one-trick pony that can confuse newbies with decoys, but that won’t work at all when you encounter more experienced opponents. Decoys are just mere distractions that don’t even deal damage.

Also, full disclosure — I spent SGD 32.00 (approximately $23.50 USD) for one of the Apex Coin packs so I could obtain Caustic and Mirage early. That’s mostly so I could get a feel for both characters’ playstyles before writing a guide. I can say that it wasn’t a good investment since the default/free characters like Gibraltar and Bangalore were more than enough to be successful in matches. If you’re interested in knowing more about their skills and playstyle, feel free to check out our character/heroes guide. 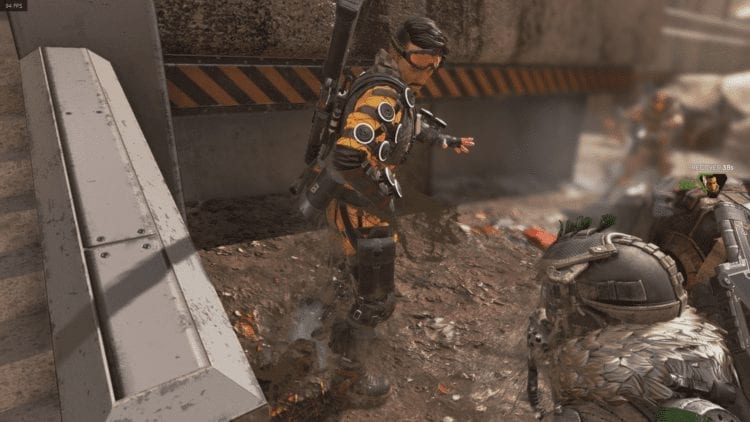 Did I Mention It’s Free?

Given that every video game needs monetization methods to stay afloat, companies will always look to make profits. A number of battle royale games, from PUBG to Call of Duty: Black Ops 4‘s Blackout and the upcoming Battlefield V Firestorm mode, all have microtransactions and loot boxes on top of the base game purchase. Rather than going that route, Apex Legends follows the trend of what’s proven to work: Fortnite. The free-to-play battle royale extravaganza from Epic Games is one of the most popular titles around, and it’s set the esports world on fire.

No barriers to entry and accessibility mean that anyone is welcome to give it a go. People can progress for a bit and stop when they don’t feel like the game’s worth their time. Or they can spend on cosmetics if they have the disposable income for them. The upcoming Battle Pass, which adds new cosmetic content for an entire season, is also completely optional. I can understand the apprehension of many gamers out there. Microtransactions and loot boxes can be an absolute turn off. And, since EA is publishing the game, there’s nothing better than a gamer’s favorite “corporate cartoon villain” to ruin the fun.

In fact, this article isn’t really to convince you to give Apex Legends a try. It’s simply to point out that microtransactions and loot boxes can be done properly in gaming. Plus, given the fact that I’m from Southeast Asia — where freemium/MTX-ridden games with pay-to-win models have been in existence since the early 2000s — it’s easy for me to ascertain when a game does it right versus when it becomes a detriment for players.

In any case, if you end up playing Apex Legends, I wish you good, clean fun in your progression. Naturally, if you’re spending extra, do so only in moderation. Don’t forget to check out our characters/skills guide as well as our in-depth technical review.

By Kevin Carignan24 hours ago
Features

By Jamie Sharp5 days ago
Features