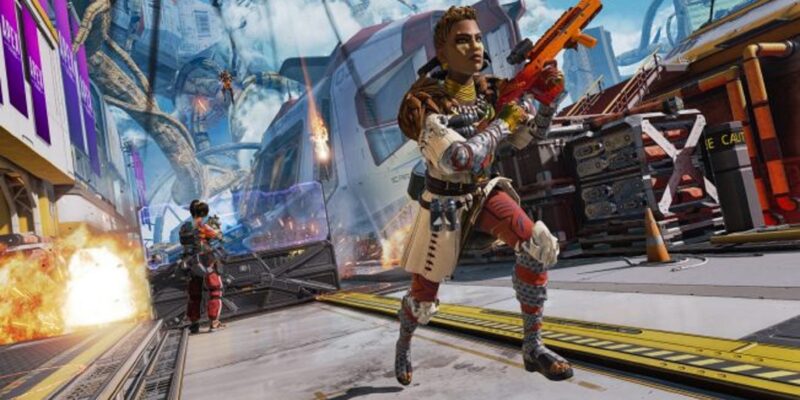 Apex Legends Season 10 has finally rolled out. So far, players have been getting familiar with the map changes, tracking opponents with Seer, playing ranked Arenas and checking out the new Rampage LMG. Unfortunately, a few pesky bugs managed to slip through the cracks of the huge update. One of these bugs is changing the movement of downed players in Apex Legends. In some cases, the bug can prove quite difficult to deal with.

A clip of the bug was posted on the Apex Legends Reddit page. As shown by the players in the firing range, the bug involves finishing moves. If a player is downed and a finishing move is cancelled or interrupted, the bug comes into effect. It appears that the downed player gets a boost when they jump and experience faster movement speed. The Reddit user commented that they carried out some more testing. They found that if a player is downed again, they will return to the bugged movement.

The movement bug could lead to many frustrating encounters in Apex Legends. This will make it possible for downed players to escape and get cover much easier. Therefore, enemy teammates will have a better chance of their squadmates back into the fight. Finisher interruptions are common in Apex Legends, so many are sure to experience this when enemies inevitably attempt to third party during the kill animation..

Hopefully Respawn Entertainment addresses the movement bug for downed players in Apex Legends much sooner rather than later. To keep an eye on the bugs that the developers are working on, you can visit the Apex Legends Trello Board. Until then, you will have to make sure the coast is clear before deciding to use your finishing move if don’t want to come across as a cheater.

If someone starts a finisher on you, but they cancel it, you get normal apex movement as a downed player (minus sprint) you can crouch, jump, and move at the speed of a walking player. from apexlegends

Tribes of Midgard review — Walking in a winter blunderland