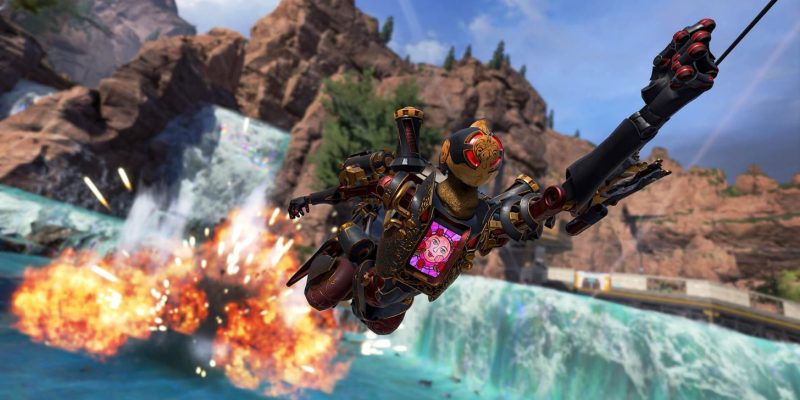 Respawn Entertainment has just revealed the final event coming Apex Legends in Season 8, dubbed War Games. As the name suggests, it’s going to be brutal. The event will feature never-before-seen game mode modifiers that encourage players to get stuck into battles. There is also a War Games reward track for you to work through and some new challenges to attempt.

The War Games event will begin in Apex Legends on April 13 and run until April 27. Throughout the event, players will be able to play the battle royale with five different modifiers: Second Chance, Ultra Zones, Auto Banners, Killing Time, and Armor Regen. Each one will be active for a few days, starting with Second Chance on April 13.

Game modes with modifiers are Respawn’s way of testing new mechanics for Apex Legends. It also lets them see how players respond to the ideas. You may recall the Battle Armor event that led to Evo Armor becoming standard in the game.

I won’t run through what each mode is in detail since the trailer for the Apex Legends War Games event gives you a very good idea of what to expect. However, if you’d like some more info, you can check out the full event details.

During War Games, players will also be able to complete daily challenges to complete the event’s rewards track. You can earn up to 1,000 points per day with the final reward being unlocked at 5,000 points. You have plenty of time, so you don’t need to rush to try to finish it in the first five days.

The highlights of the War Games reward track are an epic skin for Rampart and the 30-30 Repeater. There’s also a skin for Crypto, a couple of Charms for your weapons, and a load of badges and trackers. The final Apex Legends War Games skins are re-imagined takes on classic looks we’ve seen before. These will be available for purchase through the in-game store. The Pathfinder one is a work of art.

Don’t forget to check out our guides and features hub if you need some pointers to help improve your Apex Legends play.