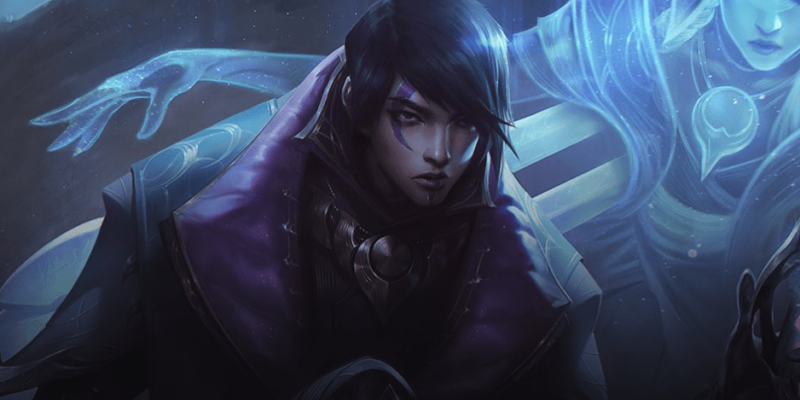 Just one month after receiving Senna, League of Legends players get another new champion: Aphelios. The ADC was teased a week ago, but a kit preview and launch trailer were made public today. Though he only has 3 abilities, (Yes, you read that right.) Aphelios looks to be the most complex champion yet. He carries 5 weapons, wielding 2 at a time.

Whichever he holds in his main hand has its own effect on use. His secondary weapon can be switched to at any time, and the only way to access different weapons is to use up whatever ammo is available first. His ultimate levels up automatically at levels 6, 11, and 16, and at level 18, instead of a skill point, Aphelios chooses to receive bonus stats to his Attack Damage, Attack Speed, or Bonus Armor Penetration.

Aphelios’ poke weapon is the Calibrum. Using its ability, Moonshot, sends out a skillshot that damages and marks the first unit hit. Marked units can be basic attacked with the off-hand weapon from anywhere on the map.

His sustain comes in the form of Severum, the Scythe Pistol. The champion heals for a portion of Severum’s damage, and excess healing is converted into a shield. Severum allows the use of Onslaught, where he rapidly fires both weapons, receiving Attack and Movement Speed but dealing reduced damage for the duration.

Gravitum is Aphelios’ utility; attacking enemies with it applies a decaying slow. Its accompanying ability Eclipse damages and roots all enemies (regardless of location on map) afflicted by the Gravitum slow. 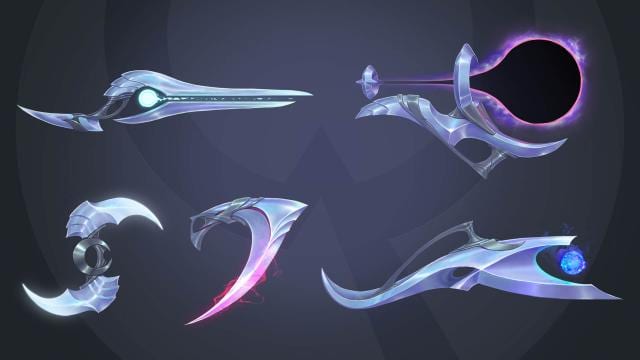 No arsenal is complete without a flamethrower; Aphelios’ is called Infernum. It is a waveclear tool that increases DPS and creates a damage cone behind enemies it hits. Infernum’s ability, Duskwave, is a wave of flame that triggers an attack from the off-hand weapon on whomever it hits.

Aphelios’ final weapon is not a gun but Crescendum, an S-shaped boomerang that is thrown to attack and must return before being thrown again. Attack speed increases its travel speed, as does being close to a target. Using Crescendum opens up the Sentry ability, which makes a turret filled with ammunition of the off-hand weapon at the time. Additionally, when abilities or follow-up attacks do damage with Crescendum, copies of the boomerang are created that increase the strength of the Crescendum basic attack.

Aphelios’ ultimate, Moonlight Vigil, operates as an amplifier to the mainhand weapon at time of use. It is a difference-making ability, but his main strength looks to be comboing different ammo use.

The League of Legends client has Aphelios scheduled for release on December 12.

Project C is now Life Beyond, and returns with a trailer

Remedy is ‘extremely happy’ to work with Microsoft again on CrossfireX