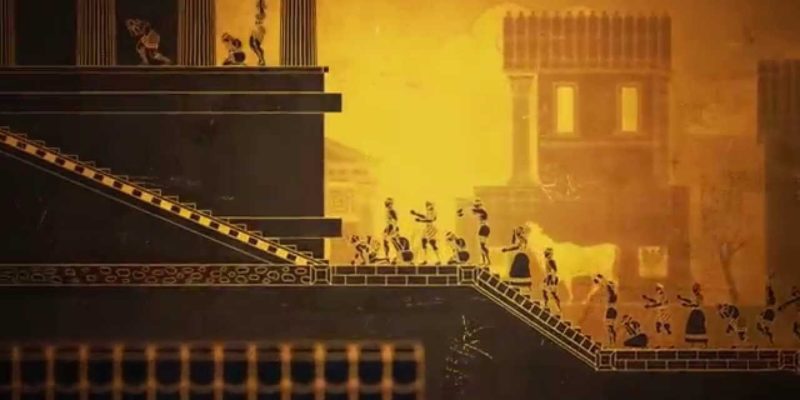 Alientrap has announced that their side-scrolling, Greek pottery styled title Apotheon will be released next week, on 3 February. The news is accompanied by a price tag of $15.00 USD (slightly less if you pre-order) and a new ‘launch’ trailer which can be viewed below.

I don’t know a great deal about how Apotheon plays, but there’s definitely some sort of light RPG element involved where you strip defeated Gods of their powers and use them yourself. You see, the Gods have gone all wrathful; so it’s up to the player to travel through the Land of the Dead and ascend Mount Olympus to put a stop to things.

Multiple weapon types will be at your disposal, including spears, shields and swords. Judging by the trailer, you’ll sometimes be able to lob projectiles at enemies as well.

You may also have noticed that Apotheon looks awfully pretty.

So, what’s a Greek urn? Well it’s a useful storage device, the design of which has served as inspiration for this game’s graphics.