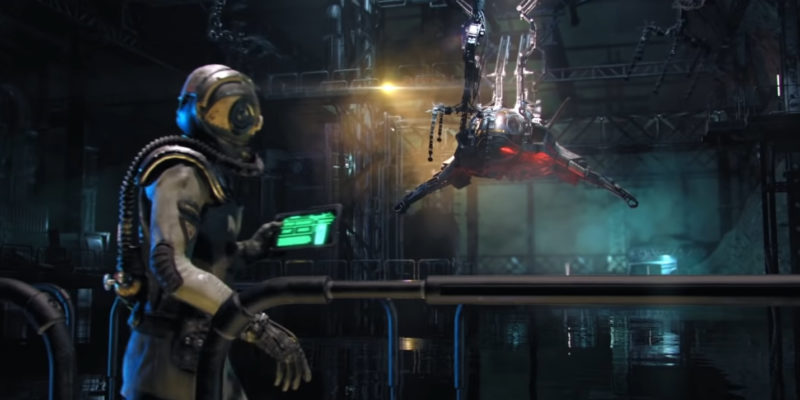 19 years after the original game, The Aquanox series is nearly back to see you battle it out in the ocean depths again. The sequel has been in production for some time, but developer Digital Arrow and publisher THQ Nordiq are nearly done. The companies announced that the Aquanox Deep Descent release date is scheduled for October 16. That’s just a little over two weeks away. They also put out a new cinematic trailer if you want something to help get into the groove of things.

The game takes place on a flooded Earth where humans live in underwater mines and repurposed research stations. Resources are scarce, and the remnants of humanity are forced to compete and fight over what remains. The various factions all vie for control, and you are no better than the rest. As a highly trained fighter pilot, your task is to send foes to the bottom of the sea all while you explore with allies. You can do this in co-op or take your team into PvP matches.

Your submarines are highly customizable tools of destruction that sport torpedoes, mortars, mines, and more. The game supports a wide variety of play styles, so the possibilities for success or failure in combat are up to you.

When you’re not battling it out against enemies, you can get into some good old fashioned exploring. The sea is a mysterious place, and the developers have created some interesting secrets for you to uncover. Explore, salvage, and loot along the way, as you experience the dystopian deep sea world of Aqua.

You can find Aquanox Deep Descent on Steam for $29.99 USD, though you still need to wait on the October 16 release date. It doesn’t seem like there are any pre-order bonuses so it’s up to you if you want to splash down on day one. It’s nice to see the developers are letting the gameplay do the talking though, so if you want to wait on the reviews, there’s no pressure. Well, unless you are several thousand leagues below the surface.