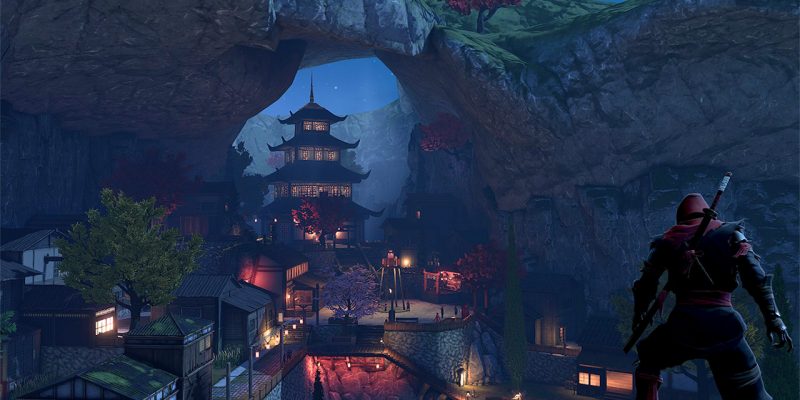 If there’s one thing a ninja’s good at, it’s stabbing the unaware. And before you read the headline, you were unaware that Aragami 2 now has a release date. This time, I’m the ninja. Kiri-sute gomen. Actually, that’s a samurai thing. Whatever, they both use katanas. The game will be launching on September 17 for PC. On top of that, pre-orders for the PC version are now live, in case you want to make sure you’re in line for a digital item that is infinite. You’ll also get locked in for 15% off of the launch price. Lucky you.

The first game in the series got a fair amount of attention, but the developers over at Lince Works are aiming to kick things up a notch with Aragami 2. The game’s stealth mechanics are set to be even more in-depth this time around, plus the combat system is going to be brand new, with a focus on careful strategy. The game will be playable by your lonesome, or alongside up to three other members of your ninja clan. Additionally, the game will feature customization for weapons and armor, plus new shadow powers, equipment, and abilities. The first game sold over 700,000 copies, so it’s up to you to see if you’ve got what it takes to join the ranks of other shadow assassins.

Aragami 2 release date, not soon but not far

Aragami 2 tells the story of a land beset upon by the Akatsuchi Empire. Your goal? To protect the Rashomon Valley from the empire’s evil machinations. In case you don’t know, “akatsuchi” means “red soil” in Japanese. Get it? Because they kill people. The only ones who can stand in their way are the Aragami, a clan of ninjas that are amazing at the mystical art of also turning the soil red, but from the right sources. Check out this fresh new trailer showing some cinematic soil-reddening if you’d like.