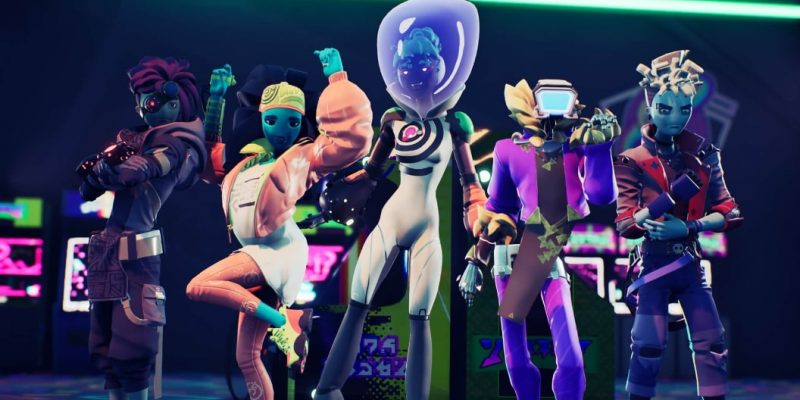 Arcadegeddon, a co-op multiplayer shooter, was announced for PC during today’s Playstation State of Play event. Arcadegeddon launched today for Early Access through the Epic Games Store, so there’s no wait to hop into this colorful, Fortnite-like world.

Developer Illfonic previously worked on Predator: Hunting Grounds and Friday the 13th: The Game, so there’s plenty of experience already. The game looks like it has a rich amount of content, and there’s a ton of classic arcade-like action waiting.

Players will be able to play solo or with up to three friends. There’s a large emphasis on loot in this game, with enemies dropping tons of items and trinkets, not unlike a battle royale. Players can shoot their way through different colorful biomes, with hidden content and minigames sprinkled throughout the experience.

There are also some PvP components to the game through several different game modes. According to Illfonic’s official roadmap, Arcadegeddon will be getting plenty of PvP support in the future. PvE will also receive more support, with new bosses, biomes, and weapons coming. Other plans include an offline mode for solo play, as well as cross-play between PlayStation and PC.

The story of the game follows Gilly, the owner of a local arcade. His business is under attack by a faceless corporation, Fun Fun Co., which hacks into his arcade games with a virus. The setting of Gilly’s arcade is an integral part of the game and has a hand in a lot of the game’s multiplayer features. For example, local gangs will pop in and out of the arcade, initiating challenges to players.

Arcadegeddon is available today for PC through the Epic Games Store for Early Access for $19.99 USD. If you’re still on the fence about the game, you can check out a gameplay trailer released today.