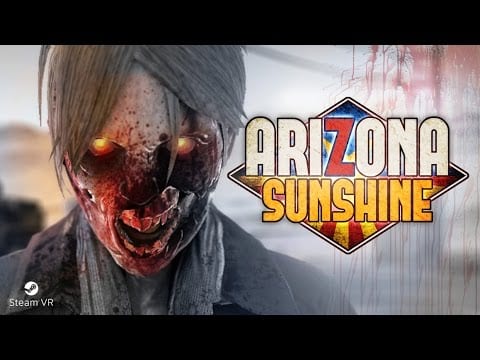 It’s more zombies! Rejoice because they are now in VR.

Just when you thought there were enough zombies games another pops up, but at least this one comes with something a little different. Arizona Sunshine is being developed by Dutch developer Vertigo Games of World of diving fame and Jaywalk Interactive specifically for the upcoming HTC Vive VR headset from Valve.

Players will find themselves dropped into the scorching Arizona sun to take on the hordes in what they are describing as “room-scale” VR. The game will also make use of the Vive’s weird looking controllers for firing and reloading of weapons.

Arizona Sunshine is due for release at some point later this year and the release will probably coincide with the launch of the new hardware itself. Assuming there are no delays of course.

Batman: Arkham Knight trailer invites you to be the Batman

Batman: Arkham Knight TV spot demands you Be the Batman