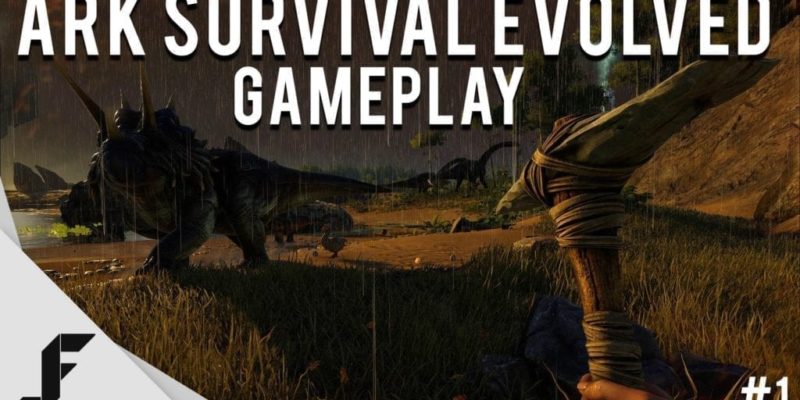 Following the huge success of ARK: Survival Evolved as an Early Access title on Steam, Studio Wildcard has unveiled a new “Survival of the Fittest” game mode where players can join tribes and duke it out against other factions until there is only one left. Aiming at the tournament based crowd, the mode features permanent death, raising the stakes even higher for competitive players.

Each match is a “hunger games” style deathmatch, where players not only have to worry about basic survival, but their incredibly hostile opponents as well.

Each game begins with a neutral area where contestants can gather to formulate a plan, or just talk trash to the other teams.  After this, they descend into the ARK with special items being placed in the center of the map, likely where most of the conflict will go down. However, even contestants that want to hide won’t be able to for long. The map continually gets smaller, forcing players that want to hold back into the center of the map at the heart of the battle

ARK: Survival Evolved has seen massive praise that is well deserved, but the newest mode sets the bar even higher for this incredibly ambitious game. The newest mode will be debuted on Saturday, August 1st, 2015 at 12pm PST, with a live, five-hour Twitch stream. The eveent will have 35 teams competing for $20,000 in prize money. There is also gear from Logitech and Gunnar Optiks on the table.

Those tuning into the event will be able to vote for Evolution Events, which will alter the game every 30-minutes through Freak Weather, Dino Assaults, Supply Drops, etc. The event will be hosted by Studio Wildcard’s Kayd Hendricks and Twitch’s Alex “Goldenboy” Mendez, who will provide commentary during the event, as well as pre- and post-interviews with contestants.

ARK will see a full release on Xbox One, PS4, and PC in June 2016. It is available for purchase as an Early Access title on Steam currently, where their is plenty of content for players that can’t wait until the full game is done.

You can find more about ARK here, and check out gameplay below.