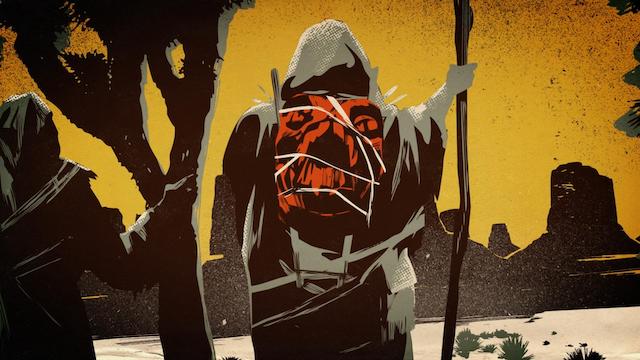 Over the years, Arkane Studios has become well known for its Dishonored games, as well as the sleeper hit Prey. But now one of the team’s co-founders, Raphael Colantonio, wants to strive for something new — and with an indie sort of vibe.

While speaking with GamesIndustry International, Colantonio announced the creation of a new studio: WolfEye Studios. With it, he hopes to create smaller games that fans will enjoy. Colantonio is joined by another Arkane veteran, Julien Roby, in the hopes of meeting this vision.

What is WolfEye Studios working on?

With the new studio, which has fewer than 20 employees working on a remote basis, Colantonio hopes to create games that stand out. He doesn’t feel that big titles have “much substance” and wants to “get back to the core ideas we both like in games.” According to Colantonio, he feels that games should be designed to “respond to player actions, where the world reacts to what you are doing.” Ownership of this experience is also key, instead of letting the developers take control.

Additionally, he noted that, “A small (studio) doesn’t mean making small games.” With this logic, he feels that they can “make big games that focus on the right areas.”

And apparently, it won’t be long until we see what this first big project is. Colantonio has revealed that the first WolfEye project will get an unveiling during The Game Awards. The event is set to take place on December 12, airing across a number of outlets worldwide.

A teaser image for the game is below. Though it doesn’t say much, it does point to the kind of production value that WolfEye Studios will go for. It definitely looks like an intriguing title, to say the least.

We’ll let you know what WolfEye has in store once more information becomes available. We wish Colantonio, Roby, and the others the best of luck!

Bungie: ‘no plans’ to release Destiny 2: The Collection outside Stadia